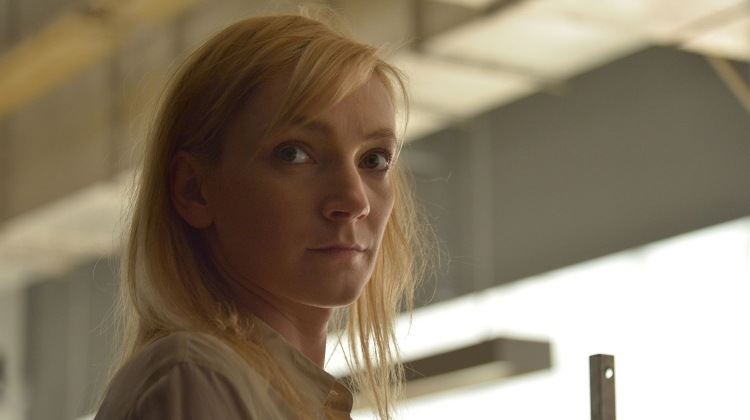 After more than a decade long drought, Hungarian cinema finally seems to have found itself. A new generation of excellent filmmakers have now the funds to execute and show their vision to the general public - via support from the National Film Fund

It is rather telling of the quality of Hungarian cinema that films such as Roland Vranik’s The Citizen about immigrant experiences in Hungary or Attila Gigor’s Well, a movie about Eastern European hopelessness do not even make the list - but are still worth watching, especially during these lockdown evenings.

So here is our top 10 Hungarian films
- since the foundation of the Hungarian National Film Fund.

One of the earliest heavy hitters of the Film Fund, Liza, the Fox Fairy tells the story of a cursed servant (played by Mónika Balsai, a rising Hungarian actress) in a fictionalized, quirky 60s Budapest; all men who fall in love with Liza suddenly die by the hands of the ghost of a Japanese singer.

As the synopsis suggests, Károly Ujj Mészáros’s first feature film is a weird merge of Hungarian humour and Japanese folk stories, resulting in a heartfelt comedy with a sweet love story in its centre.  It also has a cameo by legendary Hungarian actress, Piroska Molnár. This film was one of the first signs of the revival of Hungarian cinema.

Some of the best Hungarian films in the past decade simply tried to depict what life is like in Central Europe in certain life stages. Gábor Reisz’s directorial debut For Some Inexplicable Reason (commonly referred to as ‘Van’) was the first of these films and it gained cult status pretty much instantly upon its release.

Funded partially by the Film Fund’s Incubator Programme supporting directors’ first films, and partially by Reisz and his friends, Van depicts a few months in the life of a mildly depressed post-breakup Áron in his late 20s, who after graduating university, is not doing anything with his life.

Often going for a simple home video look, this film about a Hungarian millennial depicts some uniquely generational and regional problems, therefore it’s no surprise it mostly won awards on film festivals in the region, such as in Karlovy Vary and Sofia.

In the early sixties Péter Kovács committed a series of the most hideous crimes in Hungarian history. Kovács raped and murdered four women between 1957 and 1967. During the investigation, the police faced pressure from the state to find the perpetrator as soon as possible as it was perceived impossible that a serial killer could run free in the safe heaven that is communist Hungary.

This attitude initially led to the imprisonment of an innocent man and to the fact that Kovács could roam freely for ten years. Árpád Sopsits’s tense thriller, that follows a similar pattern as Child 44 or Chernobyl, shows how a system fails the very people it is supposed to represent by refusing to acknowledge truth and reality.

The second film of Oscar-winning director László Nemes, which won the FIPRESCI prize at the Venice film festival, was one of the most eagerly anticipated Hungarian films in decades. The historical drama disappointed some as it is much more “artsy” and perhaps more difficult to understand than its predecessor, Son of Saul.

Similarly to Nemes’ first film, the beautiful cinematography of Mátyás Erdély’s camera is fixed on the face of the protagonist, showing us little of the beautiful scenery of fin-de-siècle Budapest in the background.

The story follows Írisz Leiter who returns to her family’s hat saloon in 1913 in the hope of continuing the family’s business. László Nemes, while addressing the issues of gender-based discrimination, tries to answer a question that strongly resonates with our present times; how could a society living in the most prosperous era of European history fall into the catastrophic abyss of the First World War? His answer is unexpected, clever, and painfully true.

In the own words of director Zsófia Szilágyi, at first glance there are few more boring subject materials for a film than an average day in the life of a middle-class mother. Luckily, that did not stop her from doing a film with this exact premise.

She directs Balázs Domokos’s camera so that it is mostly focused on Anna’s face played brilliantly by Zsófia Szamosi. Each muscle-tick on Szamosi’s face conveys all emotions a post-financial crisis lower-middle class Hungarian parent could ever feel. In some ways quintessentially Hungarian, in others profoundly universal, One Day is a beautiful ode to the mothers who work the hardest, yet are appreciated the least.

The claustrophobic “crown jewel” of the Film Fund, Oscar-winning Son of Saul tells the story of a man trying to stay human in the midst of inhumanity. When Saul, a member of the Sonderkommando in a concentration camp, finds the body of a child, he becomes obsessed with burying him.

Nemes’s direction shows Géza Röhrig’s face throughout the film as we only hear distant sounds of the horrors happening in the background. A difficult watch, but a compulsory one for sure for anyone interested in modern European cinema.

Gábor Reisz, the second director on the list to feature more than once, knows two things really well; life in his city and how to talk about it. Taking on the leading role as well as directing this time, semi-autobiographical Bad Poems tells the story of a post-break up man in his early 30s who takes a trip down the memory lane to find out how he ended up where he is.

The basic premise is very similar to his previous film, however luckily for Reisz, Budapest just like he himself changed a lot in the past 4 years. And the latter definitely did for the better. With a more consistent plot, better pacing, and more relatable character than ‘Van’ Bad Poems explores the changes in a person as well as Hungarian society as years go by, type of changes which Reisz has an excellent eye for.

Hungarian animation has certainly seen better days. Ferenc Rófusz’s short film The Fly won an Oscar in 1981. Disney found Béla Ternovszky’s Cat City to be so threatening for their monopoly that it effectively blocked it from premiering in the United States, and a number of TV-series (such as The Mézga Family) became iconic not just in Hungary but widely throughout the former communist bloc.

Milorad Kristic’s Ruben Brandt finally matches the quality of these iconic pieces of animation. In his quirky, dream-like heist film, we follow Ruben Brandt, a renowned psychiatrist, and his patients as they try and gather iconic paintings from all around the world to help Brandt tackle his insomnia
But Ruben Brandt’s best feature is not the plot itself; it’s the animation.

Thanks to the film’s original style each frame is beautiful and a unique piece of art. All characters have their special features which match their personalities and the “Brandt” versions of famous paintings were also creatively redrawn.

Kristic manged to create the near-perfect postmodern piece of art; he used previous works to create something just as wonderful out of them. He also had two dubs recorded; one Hungarian, the other English for the convenience of the international audience.

Simply dubbed ‘the most important Hungarian film ever made’, 1945 deals with a much needed and very familiar theme in all of central Europe; national guilt. Shot entirely in black and white, Ferenc Török’s film is set in a remote Hungarian village where two Jews return after the second world war.

As the events unfold, the entire village must come to terms with what they did during the war. From the local priest to the local barfly, everyone is responsible. Péter Rudolf, mostly known for his comedic roles, delivers the performance of his life as the village clerk.

On Body and Soul, which premiered in 2017, is undoubtedly one of the best Hungarian films of the decade. It tells the story of two slaughterhouse workers who fall in love. In Ildikó Enyedi’s beautiful love story, Mária and Endre realise that they have been dreaming the same thing every night.

In their dreams, far away from their grim workplace, they are two deer who meet in a snowy forest. Body and Soul depicts what it is like for two people to be in love, yet to be unable to express their feelings openly.

It was nominated for an Oscar in the Best Foreign Language Film category in 2018. Enyedi’s next film, The Story of my Wife, based on Milán Füst’s novel and starring Léa Seydoux is coming out next year.

By Ábel Bede for Kafkadesk