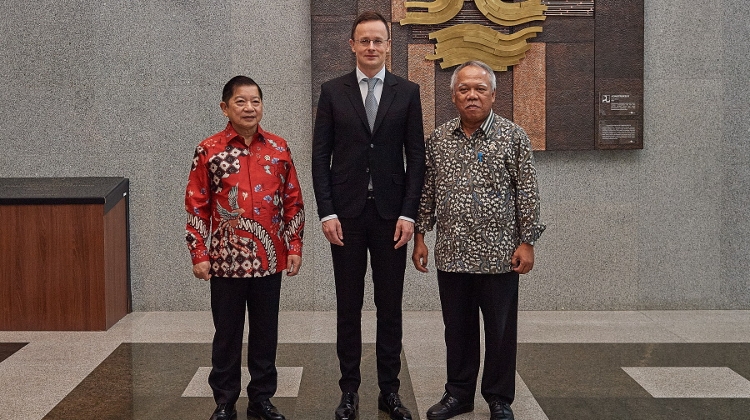 Indonesia and Hungary will set up a 500 million dollar investment fund to facilitate Hungarian companies’ participation in the development of transport and water management infrastructure, Foreign Minister Péter Szijjártó said after talks with counterpart Retno Marsudi, other government members and business people.

Szijjártó told MTI that despite the significant distance between the two countries, ties between Hungary and Indonesia have developed considerably in recent years.

He noted that a Hungarian company was in charge of the introduction of the e-toll system in Indonesia and the Budapest Waterworks has carried out a water treatment investment for 36 million dollars.

Consultations have started on a new 150 million dollar tied aid credit programme which will involve the installation of Hungarian-made oncology equipment in three public hospitals, he added. Also, talks are at an advanced stage on the modernisation of three military hospitals by Hungarian companies.

The joint investment fund will be set up with equal contributions by the two sides and will be managed in Hungary, he added. With the use of the Eximbank credit, Hungarian companies have a chance to be involved in some 1.5 billion dollars-worth of infrastructure development, he said.

The strengthening of economic ties is demonstrated by the development of trade between the two countries, with turnover totalling an annual 200 million dollars, he said.

The government will increase the number of Indonesian students on scholarship in Hungary to 100, he added.