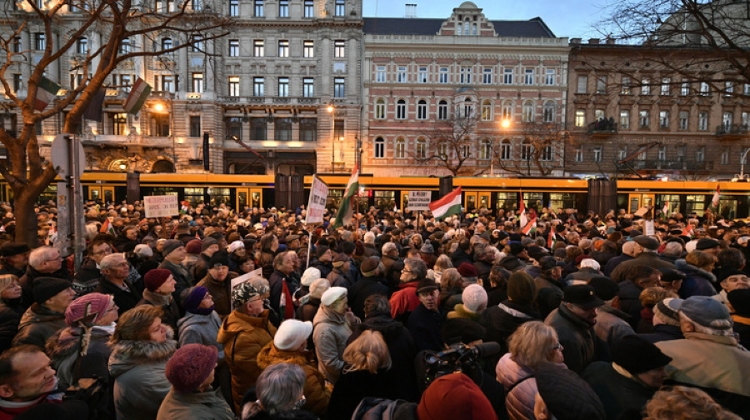 Demonstrators gathered on Thursday evening in front of Budapest’s 7th district mayoral office to demand the resignation of district mayor Péter Niedermüller over his recent description of “white, Christian, heterosexuals” as “a scary formation”

Appearing on commercial television, the politician of the leftist opposition Democratic Coalition said: “If we look at what’s left after you peel away the objects of the haters such as non-Hungarians, the others, migrants, the Roma … a scary formation is left in the middle: white, Christian, heterosexual men — there also women among them.

That’s their vision of a family.” At the demonstration organised by ruling Fidesz’s youth arm Fidelitas, Fidesz communications chief István Hollik said Niedermüller’s words showed that “losing Christian freedom is just a change of government away”.

The demonstrators filled Erzsébet ring road in front of the mayor’s office.