Rate Of Prisoners In Hungary Above EU Average 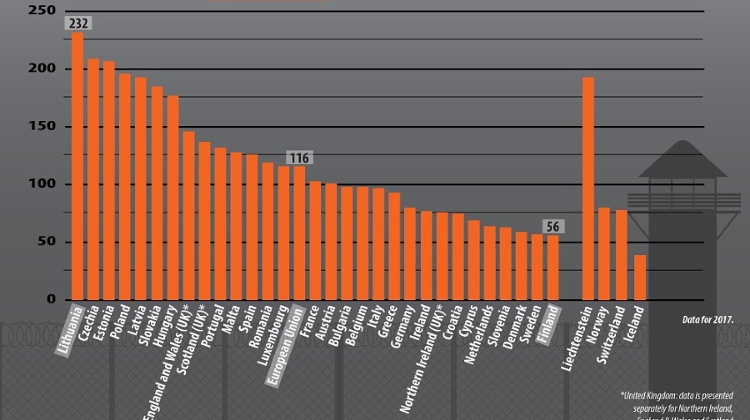 The number of prisoners per 100,000 inhabitants stood at 177 in Hungary in 2017, well above the EU average, according to a release of data by statistical agency Eurostat.

On average in the EU, 5% of prisoners were women, Eurostat says.