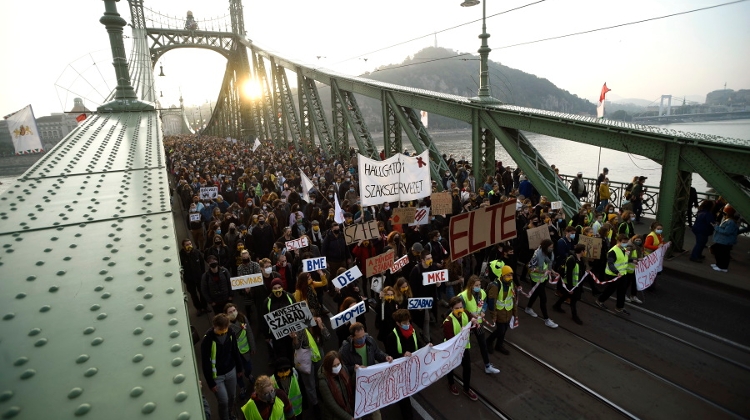 Students of Budapest’s University of Theatre and Film Arts (SZFE) organised a protest march for the autonomy of higher education on Friday, the anniversary of the 1956 revolution.

Participants walked from the Technical University on the Buda side to SZFE’s campus in central Pest, where they commemorated the revolution and held speeches.

The crowd filled Rákóczi Road between Vas Street and Elisabeth Bridge. The demonstration was supported by trade unions and students of other universities. 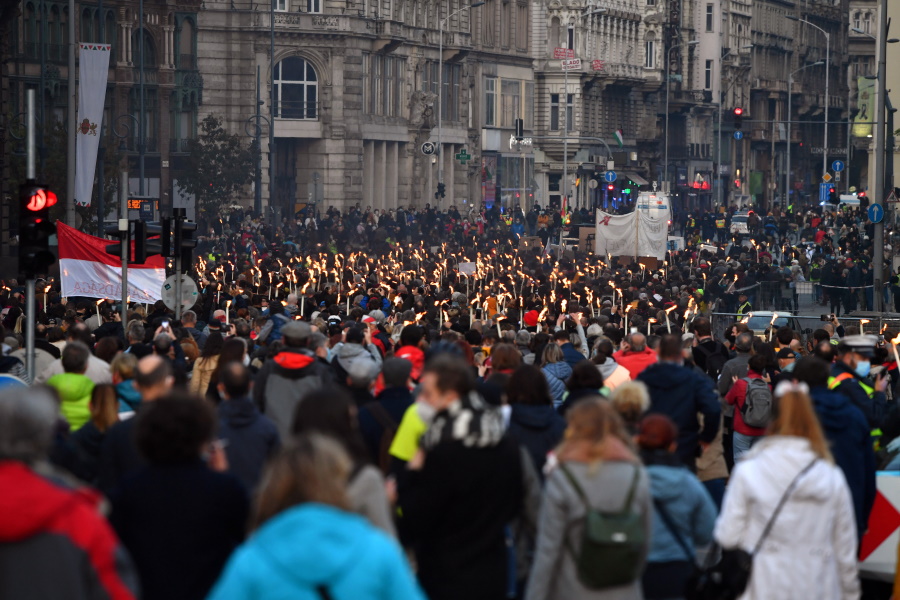 Speaking on behalf of SZFE students, Noémi Vilmos said that “Hungary is not doing better” and called on the government to resolve the country’s problems rather than “cover them up, lie, or blackmail”.

“Don’t be afraid to stand up for your university, get organised and act up,” the speakers said.

Erzsébet Nagy, of teachers’ union PDSZ, said that the government was “systematically dismantling the autonomy” of institutions, and insisted that the same thing had happened when schools were centralised, with decisions made “far from the schools, in the ministries”.

“The goal is not to raise autonomous citizens but ones that follow norms; the government wants slaves without rights, faithful supporters rather than educated minds,” she said.

“There is no free country without free education,” Nagy added.

Tamás Székely, deputy leader of trade union federation MSZSZ, said that “everyone has the right to resist violence, and the way the government kicked in SZFE’s door was violence itself”.

Andrea Szkaliczki, a doctor, criticised a recent law on the legal status of medical professionals, and said that imposing restrictions on doctors working in secondary jobs would lead to the elimination of health services in many places.

She also said that doctors subjected to a system in which they could be transferred from one place to the other without their consent was unacceptable.