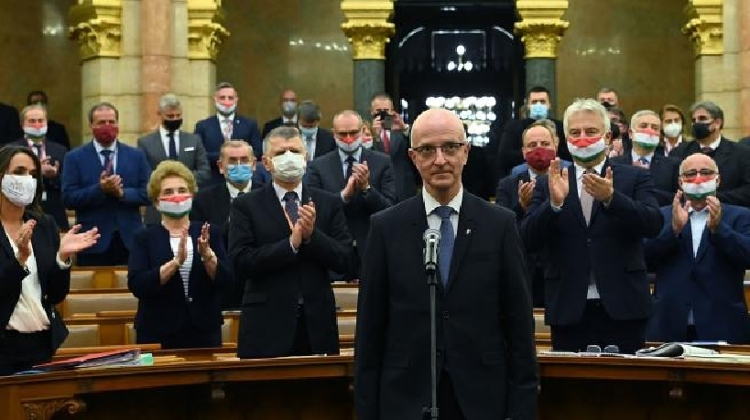 A left-wing lawyer says the election of someone who has never been a judge to head the judicial hierarchy is unprecedented in the history of democratic Hungary.

Parliament elected András Zsolt Varga to the post of president of the Kúria (Supreme Court) on Monday.

Most opposition MPs boycotted the vote in protest. Dr Varga served as deputy Chief Prosecutor for 10 years before being elected to the Constitutional Court in 2014.

Members of the Supreme Court are required to have served for at least five years as judges, but an amendment to the law last year stipulated that membership in international courts or the Constitutional Court would also satisfy that requirement.

On Klub Radio, lawyer Péter Bárándy, who served as Minister of Justice under Socialist PM Péter Meggyessy from 2002 to 2004 said this is the first time since the advent of democracy that someone who has never served as a judge becomes president of the Supreme Court.

He fears that Varga’s appointment has increased the risk of political bias in the judiciary. Judges must be committed to an ethos of independence, Bárándy argued, and expressed doubts about Dr Varga in this respect.

On Azonnali, Péter Techet doesn’t take a position on the person of the new Chief Judge but finds it controversial for his adversaries to claim that a member of the Constitutional Court is not a judge.

That is the position historically defended by those who denied the legitimacy of Constitutional Courts in general, first of all by Carl Schmitt, the famous German radical right-wing legal philosopher, he remarks.