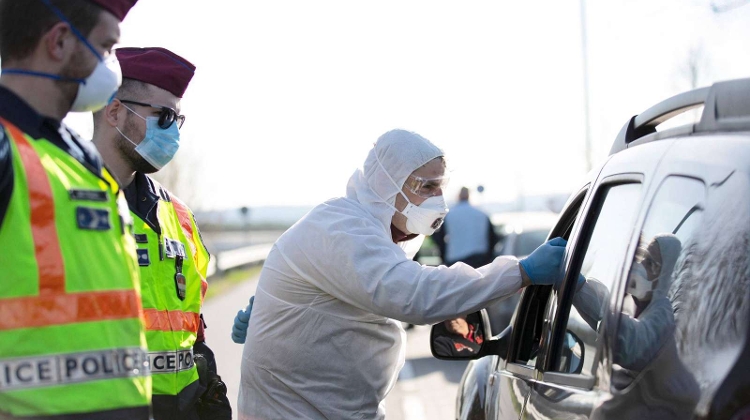 The tight border controls introduced at the start of September, aimed at containing the spread of Covid-19 in Hungary, will stay in force throughout this October.

In an interview with Hungary's TV2 on Sunday, PM Orbán said that closing the borders was still necessary because it is, "Instrumental in cutting the transmission lines of the epidemic".

Today the head of the Prime Minister’s Office, Gergely Gulyás, asked everyone in Hungary to continue observing the rules implemented so far regarding the epidemic, emphasising the need to wear masks.

The blanket ban on visitors to hospitals and retirement homes has been upheld too.

Meanwhile, the chief medical officer has said the sharp uptick in the spread of coronavirus has started to flatten out across the nation.

Cecília Müller told a recent news conference that “the dynamics of the epidemic have changed favourably”, noting that the number of new cases was no longer increasing rapidly.

While a month ago the number of new infections tripled from one week to the next, in recent days it has increased by a mere 2 percent, she said.

The reproduction rate of the virus has now fallen back from an earlier value of 2 to just above 1, which means that an infected person transmits the virus to no more than one other person, she said.

In related news, Hungary has provided over 40,000 digital thermometers to schools around the country so that children’s temperatures can be checked upon arrival to class each day from now onwards, the State Secretary for Public Education said on Kossuth Radio today

Schools with over 400 children are now equipped with 'temperature scanning gates' where the temperatures of 8-10 kids is taken at one time, said Zoltán Maruzsa.

He stated that children with temperatures over 37.8 C will be isolated, and added that mandatory checks at schools from October 1 are part of a coordinated nationwide efforts against the spread of Covid-19.