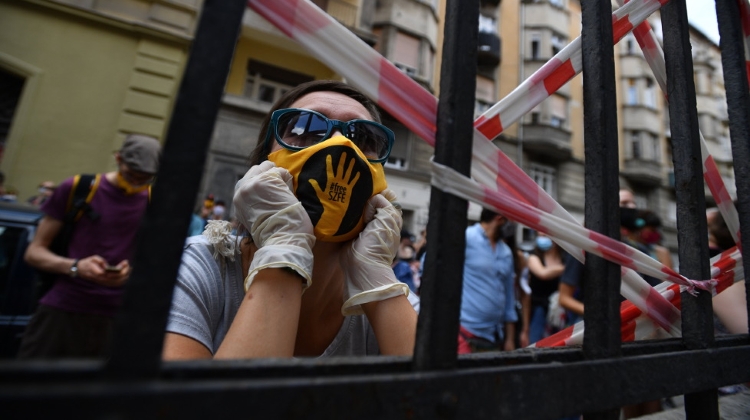 The new leadership of Budapest’s University of Theatre and Film Arts (SZFE) started work on Friday from an external location, after employees started striking and students barricaded two university buildings, in protest against what they have called an infringement on the university’s independence.

SZFE’s previous senate and leadership announced their resignation on Aug. 31, saying the foundation that took over the university on Sept. 1 under a government decree had deprived them of “all essential powers”.

Attila Vidnyánszky, the director of the National Theatre, has been appointed to head the university’s supervisory board, sparking protests from many teachers and students.

Gábor Szarka, the recently appointed chancellor of the university, told public broadcaster Kossuth Radio that he had contact with “those inside” via email.

The new leadership is working to resolve the situation peacefully, and trying to collect information, he said, adding that they were not going to resort to violence.

Szarka noted that of the strike committee’s eight demands, six fell under the purview of the university’s operating body.

However, the new leadership has already offered a 15% wage hike, outbidding the committee’s original demand of 10%, he said. In view of that gesture, “I find it hard to see what their actual goal is,” he said.

Szarka noted that the university’s budget would be doubled next year, which could see developments “unprecedented in its history”.

The new leadership is doing everything in its power to find a solution via peaceful dialogue, but the other party is not receptive, Szarka said. “This situation is starting to hinder the university’s operation,” he said.