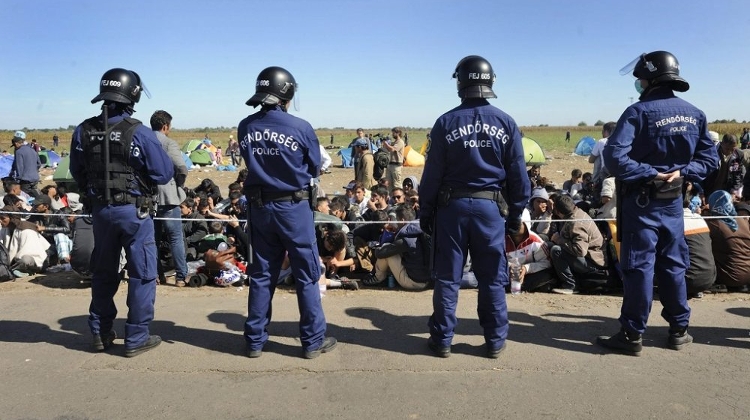 Police identified with heat cameras 40 illegal immigrants at railway tracks on the Serb border near Röszke after midnight Wednesday.

The group tried to scale the border fence into Hungary with ladders. They threw stones at police officers, damaging a camera monitoring the border stretch and two service cars.

Police stopped three foreigners who said they were Syrians but could not provide identification documents, nor verify their right to stay in Hungary.

Police arrested the three, on charges of violence against an official, crossing the border illegally and rioting.

If found guilty they could receive up to seven and half years in prison.