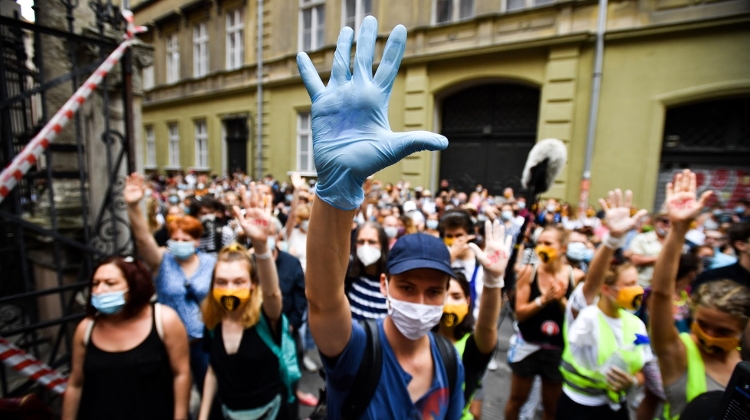 The “student republic” at Budapest’s University of Theatre and Film Arts (SZFE) “cannot be banned”, striking students at the university’s central campus told a press conference.

“This is an ideal under which all citizens of the university are considered equal,” the students said, adding that they would go on with the blockade.

The university’s new leadership said on Tuesday that it considered the strike “terminated with immediate effect”, and it would not provide “infrastructure or financing” to the facility in future.

The students said in response that they were not looking to “anybody else to provide the conditions” for their operations at the campus.

The students also insisted that the university’s “illegitimate” leadership must not oblige students and teachers sign “loyalty declarations” indicating their readiness to cooperate.

They said that the management had cut internet services at the campus, which includes a student hostel, for the night starting at 6pm, when they were still having classes and were preparing for the next day.

They added that they were paying for those services to the university.

The students also insisted that technical staff at the campus were being forced not to allow them access to rooms where they kept costumes and equipment, and banned making recordings in a facility where film makers are trained.