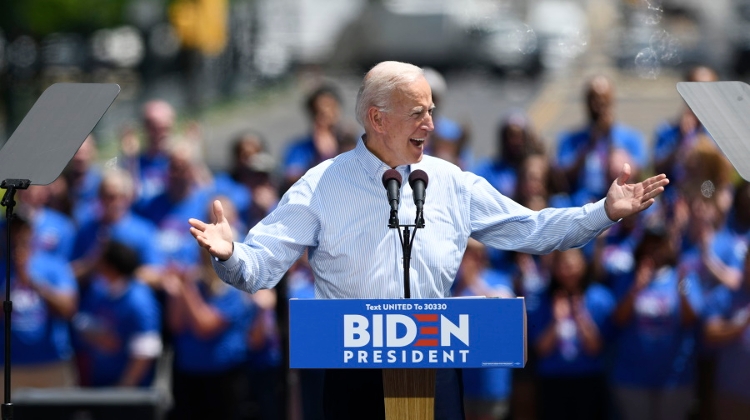 A liberal and a right-wing commentator both predict that US-Hungarian relations will deteriorate under President-elect Biden.

On Index, István Dobozi writes that under Joe Biden, US-Hungarian relations could go downhill fast. The liberal commentator recalls that President Trump did not consider it important to stand up for democratic rule abroad, and even encouraged illiberal politicians, among them Hungary’s leaders.

Dobozi adds that in the presidential campaign, Hungarian Foreign Minister Szijjártó harshly rebuked Biden for mentioning Hungary in the same breath as Belarus, and ‘the rise of totalitarian regimes in the world,’.

The Hungarian Foreign Minister, in an undiplomatic aside, invited the Democratic candidate to answer the corruption charges levelled against his son.

Dobozi wonders aloud if members of the Hungarian government will become personae non gratae in Washington after President Biden is inaugurated.

In Magyar Nemzet, Dániel Deák finds it absurd on the part of a Hungarian opposition that lambasted Donald Trump for his alleged collusion with Russia in the 2016 election, to cherish the victory of Joe Biden, completely ignoring the corruption accusations levelled against him.

Likewise, the opposition this time does not seem to be bothered that mail-in ballots may have compromised the democratic nature of the US election, the pro-government analyst adds.

Deák notes that George Soros supported Joe Biden with huge campaign donations, ‘because he hopes that President Biden would allow in migrants’. Deák suspects similar intentions on the part of the Hungarian opposition, whom he accuses of intending to open the borders with George Soros’s support.

Deák suggests that US-Hungarian diplomatic relations will deteriorate under Biden, but he is confident that this will not weaken the Hungarian government, and Fidesz will win the 2022 election.