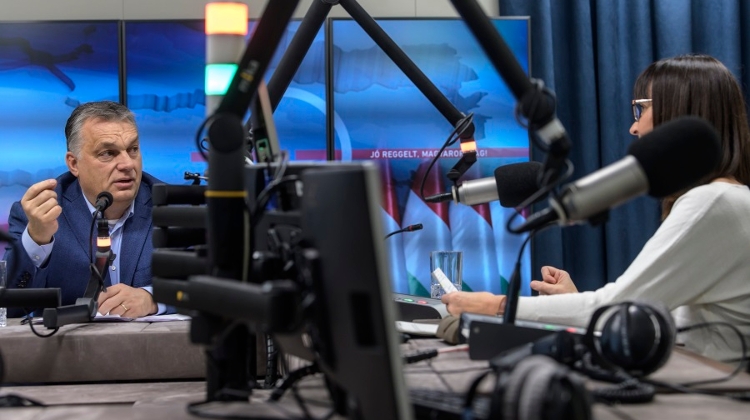 Prime Minister Viktor Orbán has told public radio that the European Union wanted to allow 34 million migrants into the bloc, and planned to “give them housing, social benefits, citizenship and voting rights.”

“If leftists gave voting rights to 34 million people in Europe, they could count on their votes for a long time,” he said. Orbán said Hungarian left-wing parties were working to implement the same plan in Hungary, by bringing migrants to the country “who would then vote for them”.

“We can’t allow them to transform Hungary,” he said.

Commenting on a proposal by European People’s Party group leader Manfred Weber that decisions on issues concerning the rule of law should be left up to the European Commission while disputes should be settled by the Court of Justice of the European Union, Orbán said: “Everyone’s talking all kinds of nonsense and this is also true for Mr. Weber”.

“We’re not stupid, we weren’t born yesterday … we can put two and two together,” the prime minister said, insisting that Weber’s proposal meant that the EU wanted to “force anything onto member states that can be painted as a rule of law issue with a simple majority vote”.

Orbán said the EC’s migration-related proposal made “no attempt to hide the intention that they want to provide housing and welfare entitlements and grant citizenship to 34 million migrants”.

“They want to be able to shoot down Hungary and Poland’s opposition to migration with a simple majority vote,” he said.

“That’s what this is all about, that’s what the so-called rule of law tool would be used for.”

Asked if the case of long-time Fidesz MEP József Szájer, who this week quit the party after violating lockdown rules in Brussels and a motion by EPP members for a vote on expelling Fidesz MEP Tamás Deutsch from the political family’s European Parliamentary group were Brussels’s way of turning up the pressure on Hungary, Orbán said this was a malicious interpretation of these developments, “especially when it comes to the Germans, but we can’t rule anything out”.

The prime minister added, that he saw no evidence that the two issues and the budget debate were related.