Six Hungarian Opposition Parties To Run On Joint List In 2022 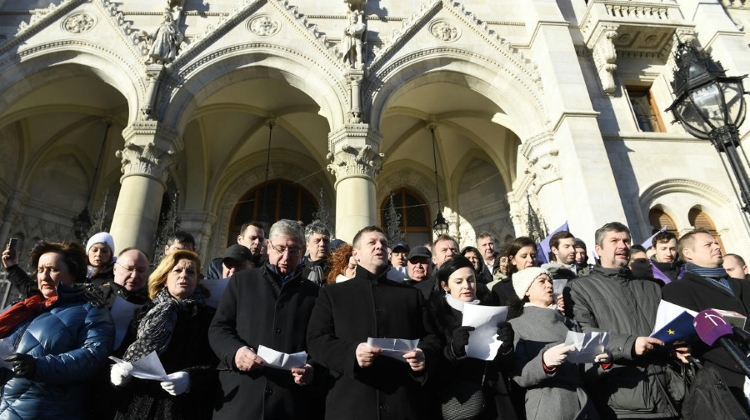 Hungary’s six opposition parties will run on a joint list in the 2022 general elections, the parties said in a joint statement.

The decision was taken by party leaders at their last meeting of the year.

The Democratic Coalition (DK), Jobbik, LMP, the Socialists, Momentum and Párbeszéd said they wish to express national unity with the joint list, unity “that will at once bring about a change in government and a new era” for Hungary.

The party leaders decided on the framework of their collaboration on Sunday.

In all 106 districts, they will run with joint candidates, a joint candidate for prime minister, a joint programme and a joint list with the aim, they said, of dismantling the Orbán regime and “giving the nation all that which was promised them at the time of the change of system: freedom and welfare”.

The party leaders approved a document entitled Guarantees of a Change of Era, containing conditions for establishing the joint list. In the document, they declare that the goal of their alliance is to “create an independent, liveable and proud Hungary”.

The parties committed to allowing only people who have not participated in crimes of corruption or “fraternised” with Fidesz to run as their candidates.

The party leaders want to end the practice of “the authorities in power turning Hungarian against Hungarian”.

They also pledged to create welfare and social peace, clean up public life, re-establish the rule of law and face the past, including the disclosure of agent files.