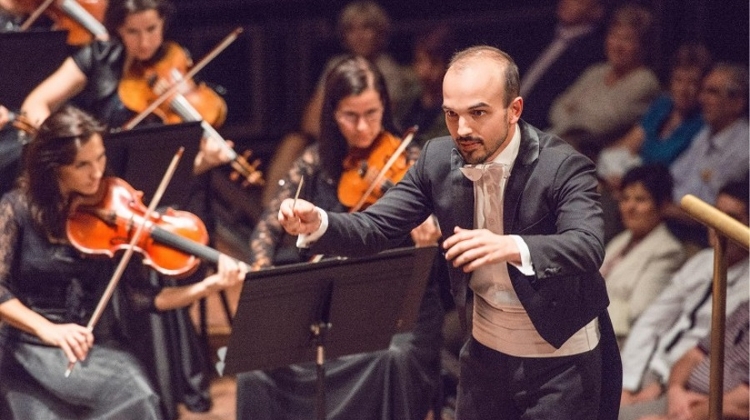 From Mupa: Most concertgoers appreciate knowing in advance what they are going to hear on a given night, in order to avoid the unpleasant surprise of encountering a piece that they are not particularly fond of.

On the other hand, there are many people who enjoy fun and surprises. At a single show, the Danubia Orchestra Óbuda will be offering both: their Christmas wish-list concert will include both works announced in advance and others that the audience, voting on the internet between 10 and 15 December from a pre-selected list, will get to choose for themselves.

For 27 years, audiences have been flocking to the concerts of the Danubia Orchestra Óbuda, an ensemble that was originally founded by Domonkos Héja in 1993 when he - and his fellow musicians - had not yet completed their student years.

Nevertheless, the orchestra has retained its youthfulness ever since: not only are a good portion of its members quite young, they are all continuing their work in the fresh spirit of innovation to this day.

This bent toward playfulness and discovery is one that also characterises their current conductor: Liszt Award-winner Máté Hámori, who has helmed the orchestra since 2013.

The pre-announced programme for their wish-list concert consists purely of Christmas-related works: Mozart's 'Hallelujah' and the 'Sleigh Ride' from his 'Three German Dances', an exciting version of the Winter from Vivaldi's famous violin concerto cycle, the peacefulness of Massenet's meditation and Rezső Ott's arrangements are all songs for the holidays.

And the works to be selected, ones by Corelli, Bach, Franck, Fauré, Tchaikovsky, Gruber, Adam and Bizet? In terms of either title, subject or atmosphere, these all evoke the Christmas mood of this most intimate of all holidays.

Adding a bit of colour to the programme will be the Saint Ephraim Male Choir, led by Tamás Bubó, as we also luxuriate in the solo voice of Gabriella Balga. The radiantly talented Júlia Pusker will interpret Max Richter's reimagination of Vivaldi's violin concerto.