Hungarian Opposition Either Wins Together Or Not At All Says Gyurcsány 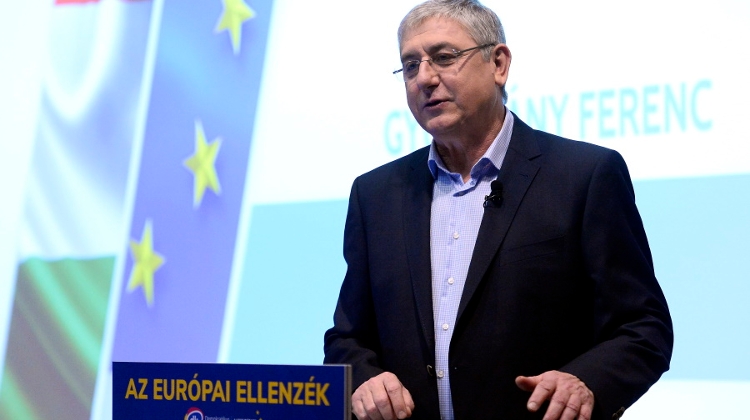 Ferenc Gyurcsány, the leader of the Democratic Coalition, has called on Hungary’s opposition parties to join forces, saying: “Either we’ll win together or we won’t win at all”.

In his annual speech on Sunday, the former Socialist prime minister said the opposition parties came from many different backgrounds, with different pasts and political tastes. “They don’t have to love each other, but they should love the homeland,” he said.

Gyurcsány said the opposition parties should not ignore their constituents. If they did win the 2022 general election, he added, they would be able to form a government only by joining together.

Gyurcsány praised the Socialist Party for its efforts to help the disadvantaged. He also welcomed the Jobbik party’s efforts to turn itself into a “decent, nationalist, conservative party” after its “awful past”. He said the Momentum Movement’s members were “young, dynamic and sometimes cheeky, but have introduced a new generation of hundreds of thousands to politics.”

Gyurcsány also noted that the Greens, formerly known as LMP, had filed a criminal complaint against him a few years ago. “But this doesn’t matter.” “There’s no middle way between an authoritarian, populist, nationalist, anti-Europeans and democrats,” he said. The leftist leader warned that a win by the opposition in 2022 would be followed by a “hideous” period in which they would be “hounded relentlessly”.

Meanwhile, referring to fellow DK politician Péter Niedermüller, the mayor of Budapest’s 7th district who recently caused outrage with a remark about “white, Christian, heterosexual men and women”, Gyurcsány said Niedermüller should have added that “it is not enough to be white, heterosexual and Christian in present-day Hungary,” since “you also have to be Fidesz”.

The ruling Fidesz party’s director of communications, István Hollik, said in response that Gyurcsány had made it clear in his annual speech that he was the real leader of the liberal opposition. Gyurcsány, he added, had “ruined the country” but had done “very well for himself”.

Hollik added that while hundreds of thousands had sunk into poverty and lost their jobs, Gyurcsány had been earning billions through “the privatisation robbery”. “Let’s not forget who Ferenc Gyurcsány actually is,” he added.