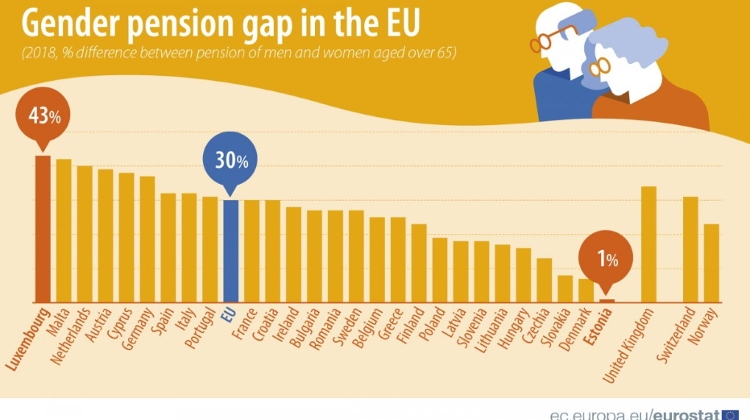 In 2018, women in Hungary received a pension that was on average 16% below that of men, meaning that the gender gap in pensions was smaller than the EU average of 30%, according to statistical agency Eurostat.

While women received lower pensions in all EU member states, the extent of the gap varied widely. The largest difference was registered in Luxembourg, where women aged over 65 received 43% less pension than men. The gap was also significant in Malta (42%), the Netherlands (40%), Austria (39%), Cyprus (38%) and Germany (37%).

On the other end of the spectrum, the smallest differences were reported in Estonia (1%), Denmark (7%), Slovakia (8%), and the Czech Republic (13%), followed by Hungary.

However, the gender pension gap increased in seven member states over the same period. The most significant increase was observed in Malta (from 22% in 2010 to 42% in 2018, +20 pp), followed by Latvia (+9 pp) and Croatia (+4 pp), while it remained unchanged in Slovakia.

In Hungary, only 10% of pensioners are at risk of poverty, the joint-fourth lowest rate in the EU. The lowest rates were recorded in Slovakia (6%), France (8%), Greece (9%), followed by Denmark, Luxembourg, and Hungary (all 10%).