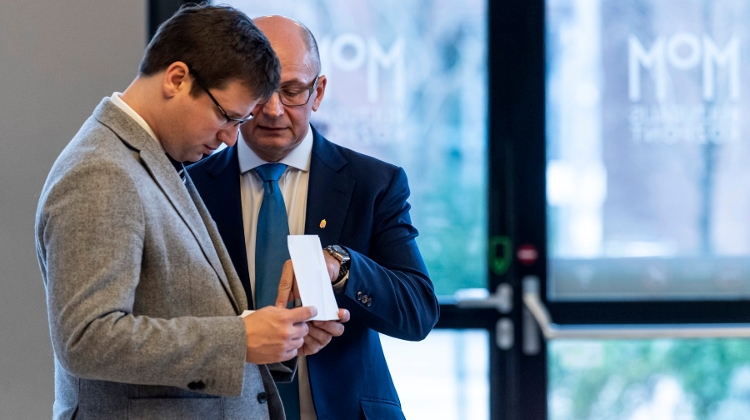 The government has granted 30 billion forints (EUR 88.4m) to the interior ministry to eliminate overcrowding in Hungarian prisons, Gergely Gulyás, the head of the Prime Minister’s Office, told a regular press conference.

Hungarian prisons are 115% full, Gulyás said, adding that the funds may be used to set up temporary facilities with the aim of eliminating overcrowding by Sept. 30. The minister welcomed parliament’s decision earlier this week to suspend compensation payments to inmates who sued the state over poor prison conditions.

Gulyás insisted it was “obvious” that an “industry has been built on such cases”. Hungarian lawmakers on Tuesday voted to suspend compensation payments to prisoners, pending the results of a national survey.

The state is being sued for more than 10 billion forints in some 12,000 cases filed for prison overcrowding, and the issue will be addressed in a national consultation in March. At the same time, the law prescribes the tabling of a motion for the victims to receive any outstanding compensation payments.

On another subject, Gulyás said the Hungarian Olympic Committee (MOB) will receive an extra 462 million forints (EUR 1.4m) in funding for its preparations for the Olympic Summer Games in Tokyo. Referring to the virus outbreak, Gulyás said that after MOB chief Krisztián Kulcsár’s latest briefing to the cabinet, the government will continue working on the assumption that the event will go ahead as planned.

Asked about the suspended construction of a Biodome in the Budapest Zoo, Gulyás said the government had so far fully covered the cost of the project. In the meantime, costs have escalated by 15-20 billion forints, which the central budget cannot provide. He called on the municipality pay its fair share.

Concerning the ban on construction in City Park, Gulyás said Karácsony should have briefed the Budapest Public Works Council about the ban. He noted that the stoppage does not cover building permits already issued.

Meanwhile, Gulyás said the protest against the new national curriculum appeared to be far from sweeping, adding that hopefully “the minority” could be convinced over the issue.

Concerning next year’s draft central budget, Gulyás said it must be before MPs by May 5. Asked about Speaker of Parliament László Kövér’s recent statement that the European Union may soon be a thing of the past, Gulyás said the EU may see major transformations in the years to come, with a major rift emerging between two parts of Europe.

“We’re interested in well-functioning European cooperation. Some cooperation will endure in any case as European states are too small to compete economically individually. From this aspect, there is no alternative to cooperation. But it remains to be seen what kind of EU we’ll have in the coming years,” he said.