KitKat Gold To Debut In Hungary 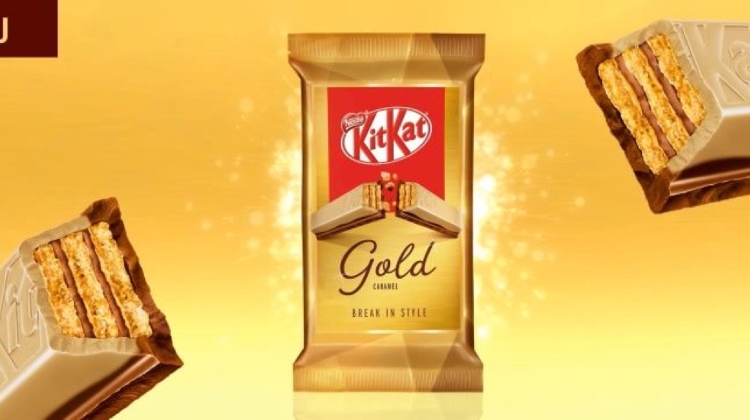 Nestlé announced bringing KitKat Gold to Hungary, making the country one of the first European markets of the candy bar, according to a press release.

This is not the first time Nestlé decided to bring a special edition of the chocolate bar to Hungary. Two years ago, KitKat Ruby, made from a special Ruby cocoa beans appeared on store shelves, while last year saw the debut of the Matcha tea flavored, green-colored KitKat.

The new KitKat Gold is unique not only for its characteristic gold packaging but also because of the flavor achieved by blending caramel into its white chocolate coating. KitKat Gold uses UTZ-certified cocoa beans sourced as part of the Nestlé Cocoa Plan. It has no artificial colors, flavors or preservatives.

Nestlé says that it strives to respond to changing consumer habits with the launch of KitKat Gold, as customers are constantly looking for newer flavors. In line with this trend, this special edition of KitKat had a limited launch in 2018 in Australia and New Zealand, where local fans launched a petition to retain the flavor variant.

The popularity of the product convinced the company to keep it on the shelves, while also expanding distribution to other countries, including Hungary.