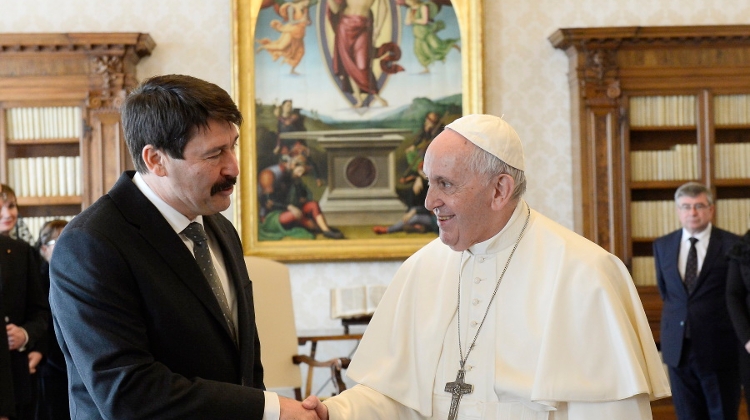 President János Áder has invited Pope Francis to Hungary for the International Eucharistic Congress set to be held in Budapest later this year.

Speaking to public media after an audience with Pope Francis, Áder said he had visited the Vatican with the intention of inviting the pope to the congress scheduled for September 13-20.

Áder said Pope Francis’s visit to Sumuleu Ciuc (Csiksomlyó), Romania, last year had been a “tremendous success” among Catholics, adding that the pontiff “would surely receive a similarly loving welcome from Hungarian believers”.

Pope Francis indicated that he would be glad to visit Hungary. “His reaction cannot be considered a full commitment but it was more than a polite comment on the invitation,” he said.

Áder confirmed the invitation during his meeting with Vatican Secretary of State Pietro Parolin. The cardinal said that it would be an honour for him to accompany the pope on his visit to Budapest.