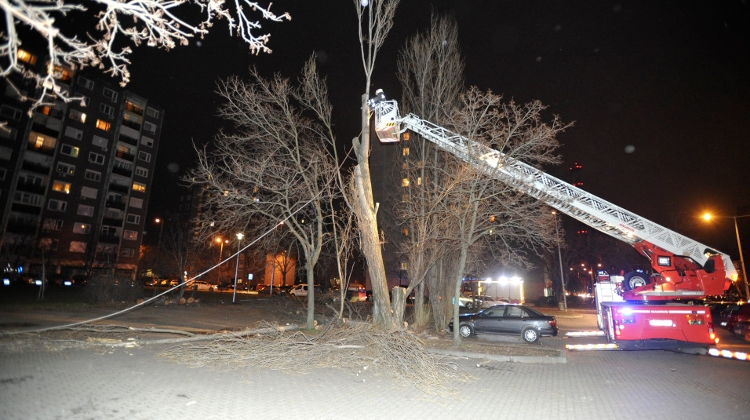 Firefighters have responded to more than 100 calls for help concerning damage caused by the storm, such as uprooted trees and fallen branches, OKF said, adding that no injuries have been reported.

Traffic lights were also brought down or damaged in several places, it said. Most storm-related incidents were recorded in the northern Transdanubian region and Budapest.

The Budapest mayor's office has issued a second-degree alert for the capital and Pest County, forecasting storm-force winds for Tuesday.

Budapest Mayor Gergely Karácsony has ordered the Budapest Law Enforcement Directorate to be in constant contact with the OKF, the statement said.

Winds in Hungary hit record speeds on Tuesday, with 124kph measured on János Hill in Budapest, the Hungarian Meteorological Service said on its Facebook page.

The weather service has issued second-degree alerts due to strong winds for Wednesday across the country, with the exception of the northern counties of Heves and Nógrád.