Coronavirus: Budapest's Nurseries To Be Closed 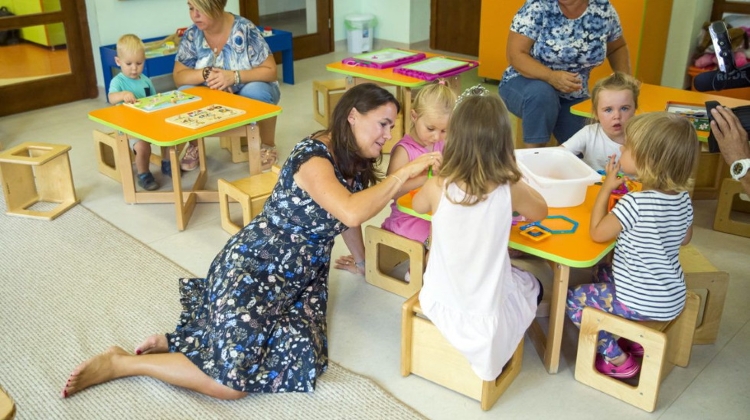 Nurseries and creches in Budapest will be closing down gradually starting on Monday, due to the new coronavirus outbreak, Gergely Karácsony, the city’s mayor, said.

All Budapest districts will provide care for children who cannot be placed elsewhere, Karácsony said after talks with the district mayors and the Budapest operative board coordinating the city’s response to the outbreak.

The Budapest authority will continue to provide warm meals for children whose families cannot afford to do so, he said.

Regarding public transport, Karacsony said that from Monday, passengers will not be allowed to board buses using the front door. The frequency of public transport remains for the time being unchanged, he said, but may be cut later if passenger numbers fall.

Meanwhile, the community bike system Bubi will be available for 100 forints (EUR 0.3) from Monday, he said. Spas and the Budapest Zoo will also be temporarily closed as of Monday, he said. Karácsony asked Budapest residents to cooperate as much as possible. The best thing to do, he said, was “to bring the city as close to a standstill as possible”.

Karácsony also called on the government to allow mayors to close or reduce opening hours of shops that do not offer essential supplies. In a Facebook post, Karácsony said several European cities have made similar decisions as the epidemic intensifies.

Shops offering goods that are not essential for everyday living are unnecessary meeting points, he said, adding that opening hours either should be shortened or non-essential shops should be closed altogether in order to contain the virus.

Shops selling daily supplies, tobacco products, medical equipment or fuel, as well as pharmacies, post offices and banks could be exempt from such a measure, Karácsony said.

The state of emergency which the government announced on Wednesday allows the government to hand such powers to local authorities. Councils could then tailor their response to the new coronavirus according to their own needs, he said.

Meanwhile, police have arrested and questioned a 30-year-old man suspected of spreading a rumour over the internet that the authorities were about to close off Budapest in connection with the new virus, the Interior Ministry said on Sunday.

National cybercrime police identified the YouTube user, a resident of Budapest who works as a security guard at a hotel, and seized computer equipment from his home as well as suspected plant-based drugs. During questioning, the man admitted to uploading the video.