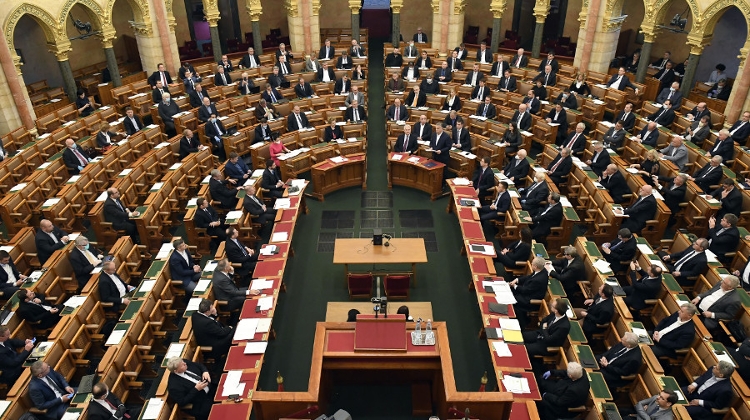 A pro-government columnist accuses the opposition of using Monday’s parliamentary session to smear the Prime Minister, while a critic of the government deems the attitude of the parliamentary majority recklessly uncompromising. An independent analyst warns against political hysteria on both sides.

In Magyar Nemzet, Ottó Gajdics points out that by refusing to accept an exceptional rapid Parliamentary procedure to discuss the extension of the special powers conferred on the government due to the virus emergency, the opposition parties achieved nothing, since the government side can have its own way following the normal procedure, albeit eight days later.

Consequently, he argues, opposition MPs had no other motive in Monday’s session than “to frame Viktor Orbán, the target of their hatred, as a dictator, the most fearful enemy of the world as a whole’.

On Magyar Hang online, Matild Torkos writes that by voting down the rapid procedure, the opposition sent the message that it disassociates itself from the measures to be taken by the government.

She notes that opposition speakers were conciliatory in their speeches, and would have approved new powers for the government immediately, if the majority accepted a 90-day deadline for such powers, and dropped the ‘fake news bill’ which envisages prison terms up to five years for false or misleading reports which might undermine the fight against the pandemic.

Such reservations, she explains, are based on a deep lack of confidence in the government. She condemns the government side for its refusal to compromise on those two issues.

In an interview with Nyugat, political scientist Gábor Török condemns political hysteria on both sides. He deems it unfair to accuse the opposition of sabotaging efforts to contain the epidemic, but also finds opposition rhetoric about a dictatorship-in-the-making, unfounded in fact.

Mr Orbán could have his two thirds majority pass all the decrees he publishes under his special powers, he writes, therefore if he wanted to introduce a dictatorship, he could do so with parliament meeting regularly, without special authorisation to rule through decrees.

Mutual accusations, according to Török, are harmful because they deepen division instead of promoting understanding in a crisis when this would be sorely needed.