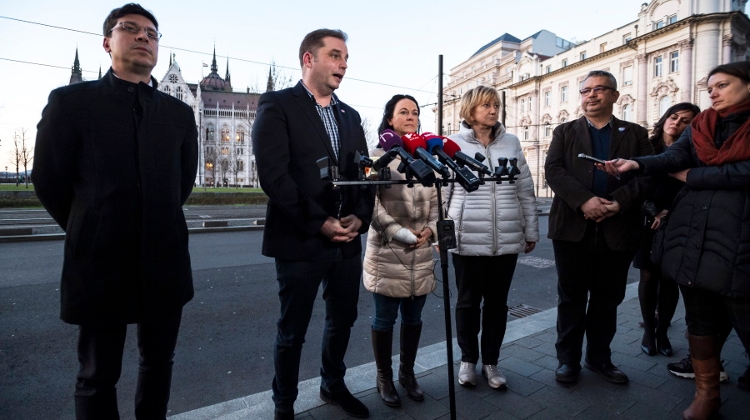 DK deputy head Csaba Molnár told an online press conference that the party will not vote in favour of the bill, nor for parliament to discuss it in an extraordinary session.

Molnár said that so far, 16 European Union member states had introduced a special legal order in view of the pandemic.

However, none of them have done so indefinitely or without specifying the areas the government’s special powers pertain to — that would be “unimaginable in a democratic state based on the rule of law”, Molnár said.

DK specified four “conditions” for the government to be granted such powers, he said. Prime Minister Viktor Orbán “can see this as DK’s ultimatum,” he added.

The government’s special powers should be granted for a limited time, and be restricted to measures pertaining to the epidemic response and its impact on the economy, he said.

The government may not be allowed to use the pandemic to exercise extraordinary powers at other areas, he said.

During the state of emergency, all parliamentary group leaders should have the right to turn to the constitutional court which would be obliged to rule on their complaints within three days, he said.

DK will not support any regulations curbing the freedom of the press and muzzling independent media, he said.

At a separate, online press conference, green LMP said the government’s special powers must be granted for a limited time only.

The time frame must be laid down in law, LMP co-leader Erzsébet Schmuck said.

Regarding economic measures to offset the economic impact of the pandemic, Schmuck said that by suspending “investments not serving the development of Hungarian economy”, such as the upgrade of the Paks nuclear plant and the Budapest-Belgrade railway line, some 600 billion forints (EUR 1.7bn) could be re-allocated to epidemic response.

Those funds should be used to support people losing their jobs due to the epidemic, SMEs and local authorities, Schmuck said.