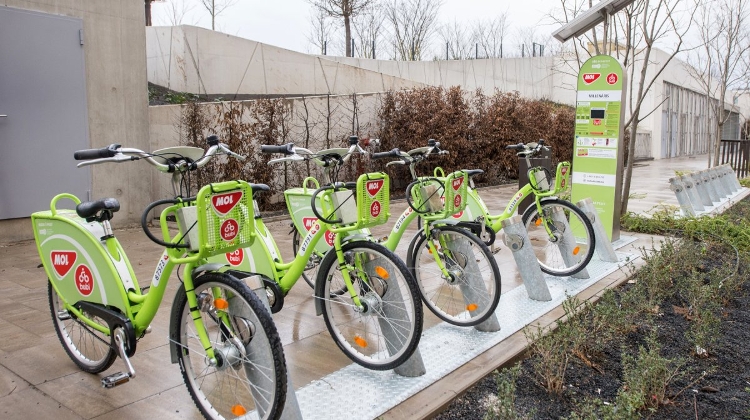 Public transport company BKK director Ivett Varga noted that the company is planning to give MOL Bubi a greater role in the capitalʼs transport system. She added that several related innovations are in progress.

The new station is part of the Millenáris Széllkapu development. The terminal and docks were financed by the investing company, while BKK was responsible for the design, licensing and system integration. The latter company is also tasked with operating the new station.

MOL Bubi users can now enjoy some 2,071 bicycles at MOLʼs stations. Information about the bike-sharing network, registration, and tickets is available here.