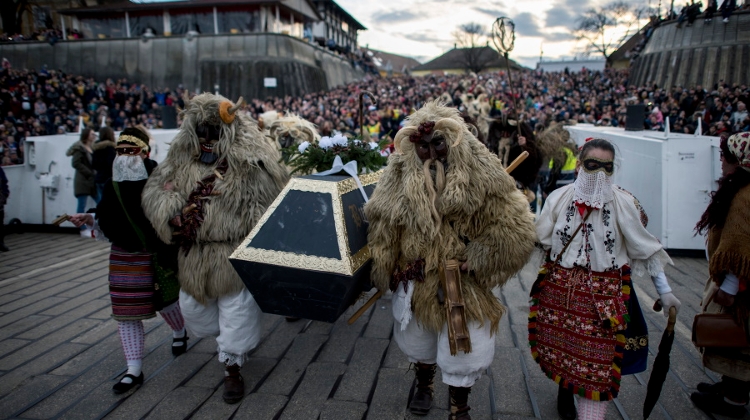 The southern Hungarian city of Mohács has officially welcomed in spring, in a slightly scary traditional way. As part of this colourful Buso festival, locals wear wooden masks and march through the city.

Euronews describes the festival as, "multifaceted, including a children's costume contest, a display of mask carvers' art, the arrival of more than 500 busós in rowboats on the Danube for a march through the city alongside horse-drawn vehicles, the burning of a coffin symbolizing winter on a bonfire in the central square, and feasts and music throughout the city".