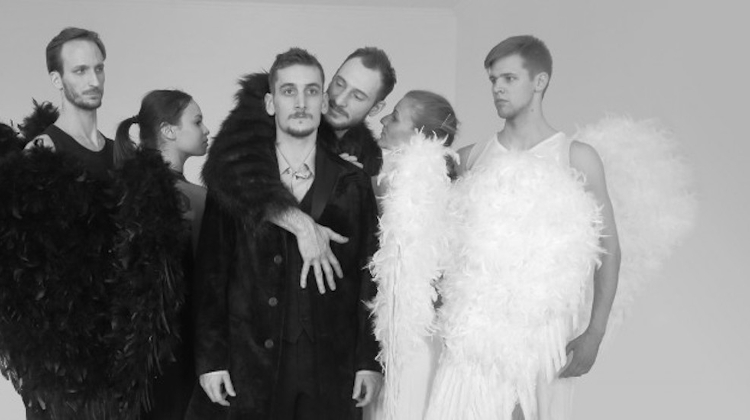 Even during this extraordinary situation, Budapest's Palace of Arts would like Müpa audiences to still be able to experience some of the world's most outstanding artists every evening - for now in their own homes.

It is precisely for this reason that they have decided to unlock their media library for everyone over the weeks to come and - each night at the familiar times - open Müpa Budapest's virtual concert hall and auditoriums by providing access to a single unforgettable performance from past years.

László Dubrovay finished his grand ballet more than twenty years ago. The story of Faust the Damned is based on the two parts of Goethe's masterpiece, and like that philosophical drama, the music of this piece also strives for an encyclopaedic thoroughness.

'All I know about the apparatus of contemporary music is in there,” said the composer once. And indeed: the orchestra bathes in special colours, the dance scenes shape living characters, the notes turn into images on their own account, as it were.

Production choreographer Balázs Vincze thinks Dubrovay's vision of Faust is 'monumental, its story worked out in great detail; it is astonishingly colourful, you can almost visualize the composition without the dance: the composer's personality is at least as inspiring as Faust's wanderings, loves and descent into hell.”

'Is damnation possible at the end of an honest, exemplary life? Can the forces of evil be victorious?” asks László Dubrovay. 'This is the question addressed by this dance drama, whose music is one of the most extensive ballet compositions of the past seventy years.

The dramaturgy of the plot allowed me to create many kinds of moods, and musical material rich in gestures and movements, all of which serves, together with the way dance and motion communicate, a harmonious presentation on the stage.”

This recording was made at a performance held at Müpa Budapest on 22 April 2016.