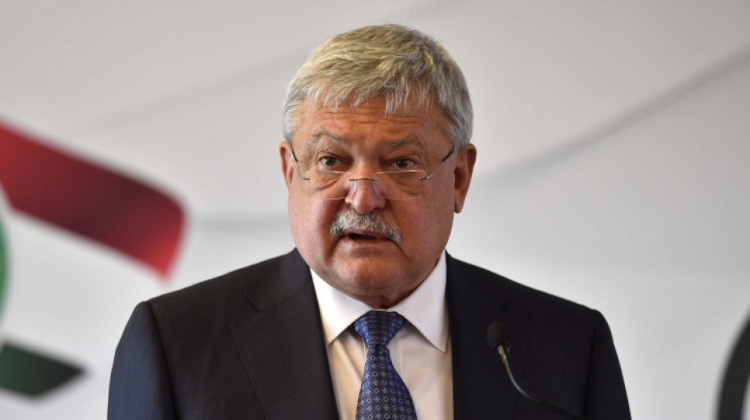 The Hungarian Football Federation's annual general meeting was held on the date originally planned but online rather than in person, due to the coronavirus pandemic.

Kliment emphasised in his address that Hungary is the first nation to hold its AGM online and is therefore an outstanding example to others in terms of how problems can be solved and how we can ensure the continuation of business life.

"UEFA, in close cooperation with its member nations, has been working on some plans depending on how and when we can pay football again. Currently, everyone needs to focus on trying to complete their domestic leagues," Kliment said. "During the presidency of Dr Sándor Csányi in your (Hungary's) association, significant success has been reached in boosting the quality of Hungarian football and in every area of the game, starting with the infrastructure, youth education, responsible leadership and financial stability all the way through to the future growth strategies".

Before discussion of the meeting agenda got underway, Dr Csányi summarised the achievements since he first became MLSZ president in 2010, a list which included, amongst others, the development of futsal as a sport distinct to football, the increase in numbers of women's footballers and of youth teams competing in tournaments, a greater understanding of the situation surrounding youth development thanks to Double Pass (a talent development system) and qualification of the men's national team to UEFA EURO 2016 in France.

Csányi ended by saying: "I trust that football in Hungary and abroad will restart as soon as possible and that soon it will be possible to fill the football stadium tribunes again".

Following this, those participating approved the federation's technical and simplified financial report and plan, and then unanimously elected Sándor Csányi as MLSZ president for another five years.

After a vote to decide the next membership of MLSZ's executive committee, the confirmed list of those members is as follows: Dr Anthony Radev, Dr Gábor Török, Gabriella Balogh, Erik Bánki, Sándor Berzi, Béla Dankó, István Garancsi and Tibor Nyilasi.