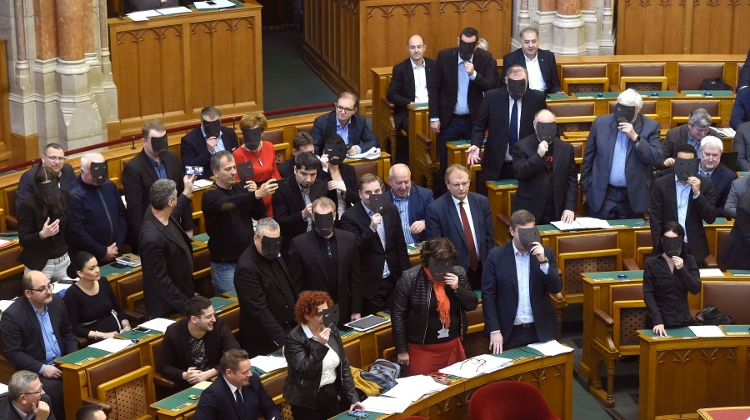 The opposition Democratic Coalition (DK) has called the government’s economic support package to the novel coronavirus epidemic “too little, too late and favouring the privileged”.

DK deputy leader Csaba Molnár, who is also a member of the European Parliament, told an online press conference that the government was “scratching the surface of the problem” and had left employees and small entrepreneurs behind.

The package allocates no funds to those losing their jobs, and SMEs in sectors other than tourism can only count on loans, he said. Molnár noted that those losing part of their wages in the crisis will have to apply for central wage compensation, an aid automatically provided in Austria and Germany, he said.

Experience over the past few years suggests that many SMEs will be left entirely without help, he said.

The opposition Jobbik party has slammed the government’s economic measures in connection with the novel coronavirus epidemic calling it a package “of limited effect”.

Jobbik deputy leader Dániel Z. Kárpát told an online press conference that “some of the actual contents are lacking” while other measures are aimed at compensating “a tiny fragment” of troubled employees for their lost wages, while the government “fails to take into consideration those who have already lost their jobs”.

Z. Kárpát insisted that the government should guarantee that each employee receives at least 80% of their wages through using funds from central coffers, halting government investments and distributing the public burden more evenly.

Z. Kárpát suggested that large banks and multinationals “expatriating their profits in the thousand billion forint range” should contribute more to the common expenditure.

The opposition LMP called the government’s package of laws in response to the coronavirus epidemic “slim” and said it failed to provide solutions for those losing their jobs, for pensioners or for the poor.

Party co-leader Erzsébet Schmuck told an online press conference that in the present critical situation, the government had “left pensioners behind” and was “a month late” with a job compensation scheme.

This delay might have cost numerous jobs, she said. In view of the projected length of the crisis, LMP is calling on the government to take over paying 70% of the wages for at least six months, and extend the employment benefit to cover nine months, she said.

The government should support small farmers rather than “feudal estates” to ensure uninterrupted food supplies in Hungary, she said. Schmuck also called for a “solidarity tax” to be levied against those who “turned large profits on state projects”.

Such a tax could mean “several billion forints in revenue” in certain cases, she said.