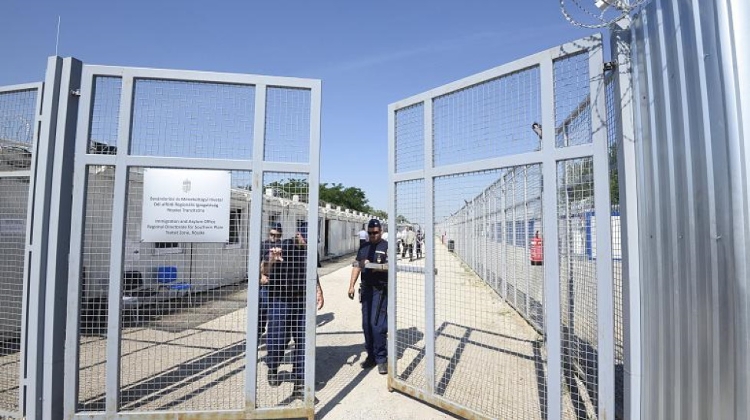 An advocate general of the Court of Justice of the European Union (CJEU) has said that accommodating asylum seekers in the transit zone on the Hungarian-Serbian border near the town of Röszke was equivalent to unlawful detention.

Priit Pikamae issued an opinion regarding complaints raised by two Afghan and two Iranian nationals, who had been assigned the Röszke transit zone as temporary accommodation in 2018 and 2019 and had been staying there since.

Until then, the Röszke transit zone was assigned as temporary accommodation. The asylum seekers then brought a lawsuit to the Szeged court of labour and administration, saying their housing there constituted unlawful detention and asking for their asylum requests to be re-examined.

Commenting on the opinion, Justice Minister Judit Varga said Hungarian regulations were in line with EU and international law.

Varga said Hungary did not keep migrants accommodated in the transit zone in “detention” as they were free to leave towards Serbia at any time. Pikamae’s standpoint is “diametrically opposed” to the 2019 ruling of the European Court of Human Rights, in the case Ilias and Ahmed vs Hungary, which said the transit zone was not equivalent to detention, Varga said, noting that the Advocate General’s opinion is not binding on the European court.

She said the government would continue to protect the borders of Hungary and Europe, and strive to prevent international migrant corridors from forming.