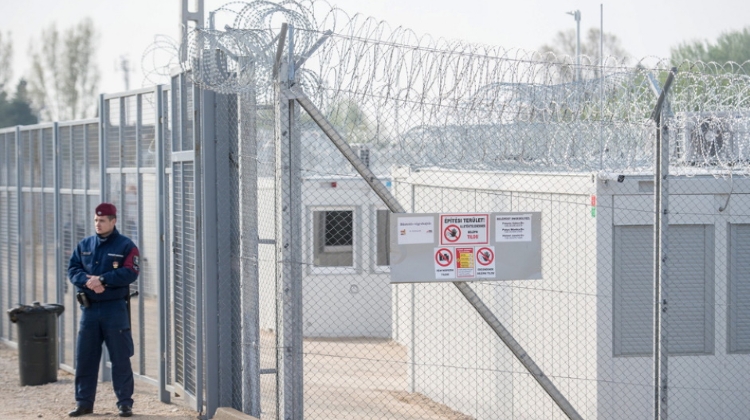 The Court of Justice of the European Union (CJEU) ruled that keeping asylum seekers in the transit zone on the Hungarian-Serbian border constitutes “detention”.

“The placing of asylum seekers or third-country nationals who are the subject of a return decision in the Röszke transit zone at the Serbian Hungarian border must be classified as ‘detention’,” the CJEU said.

The court acknowledged that under EU directives, member states may detain applicants for international protection, but said “that detention may not under any circumstances exceed four weeks from the date on which the application was lodged”.

The ruling was issued in the case involving two Afghan and two Iranian nationals, who had been assigned the Röszke transit zone as temporary accommodation in 2018 and 2019 and had been staying there since. Hungarian authorities had previously rejected the complainants’ asylum requests, saying they had entered the country from Serbia, a safe transit country.

After Serbia refused to readmit them into its territory, the Hungarian authorities expelled the asylum seekers back to their homelands. Until then, the Röszke transit zone had been assigned as temporary accommodation.

The asylum seekers then brought a lawsuit to the Szeged court of labour and administration, saying their housing there constituted unlawful detention and asking for their asylum requests to be re-examined.

The PM’s chief of staff, Gergely Gulyás, branded the ruling as “disappointing”. The ruling is about “forcing the Hungarian government to give up protecting its borders with a fence” and to allow migrants into the country, he said in an online press briefing. The CJEU’s ruling, he said, was troubling given that internal borders are closed due to the epidemic, while external borders needed protection.