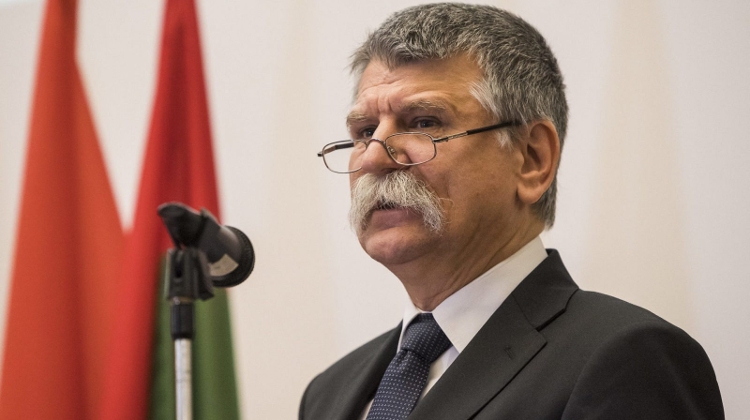 In an interview with public Kossuth Rádió, Kövér said a “civil war was being waged in politics worldwide”, by opposing parties using all means at their disposal to achieve their goals, “especially when it comes to discrediting each other”.

Competition has taken over as the only governing principle, he said. He said he saw dwindling chances for “normalcy” in the Hungarian parliament, or “in the so-called democratic politics.”

Ruling Fidesz, he said, had managed to preserve its independence and avoided having to “sell our independence to the highest bidder” in the past 32 years.

Among the opposition parties, Kövér said the Democratic Coalition “could be said to be somewhat sovereign” so far as it dominates the opposition platform, “[but] not regarding independence from the globalist network it is a part of.”

Kövér insisted that DK and its leader Ferenc Gyurcsány had a vested political interest “in maintaining the war-like state of affairs and taking it to the end”. DK’s “foreign sponsors are also steering them in this direction,” he said.