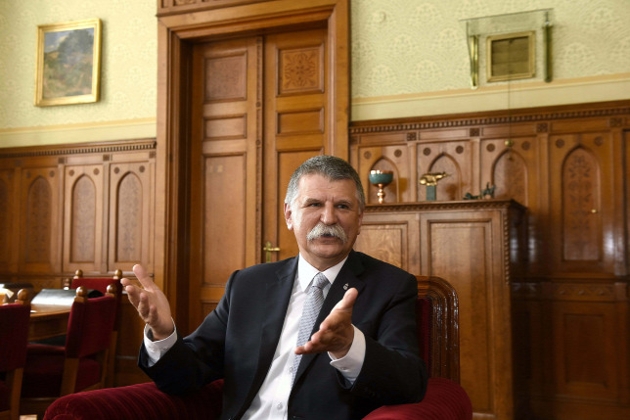 In his letter, Kövér said that Hungary’s recent coronavirus law does not curb parliament’s powers.

“On the contrary, this has been the only special legislation in Europe aimed at increasing parliament’s authorisations as against the government”. The Hungarian legislation has been “subject to sharp criticism” since the passage of that law on March 30, Kövér said.

“Concerned voices have warned that the Hungarian government has obtained full control over the country for an indefinite period of time and democracy is jeopardised”.

The speaker, however, dismissed those worries as groundless, and assured recipients of his letter that the legislation was fully in line with the country’s constitution.

The law does not grant unlimited powers to the government, Kövér said, adding that “even this increased room for manoeuvre for the government is not as large as that of some governments of the EU in a state of emergency”.

Kövér went on to say that “most Hungarians are disappointed that some political factors in Europe even in the current crisis cannot get rid of their personal bias and political fixations and cannot concentrate on fighting a shared hazard”.

“We thank all those that are ready to help us in good faith and call on all others not to add to the damage if they cannot contribute to efforts against the epidemic,” Kövér said in his letter.