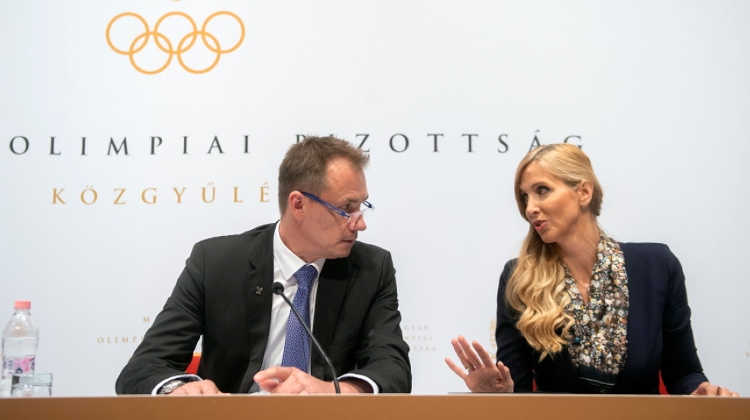 The Hungarian Olympic Committee (MOB) has re-elected Krisztián Kulcsár (pictured on top left) as its new president for another four-year term.

Kulcsár, a former fencer who was the sole candidate for the post, was elected by the MOB general assembly with 103 votes for and three against.

Addressing the event, the state secretary of sports, Tünde Szabó, said Hungary had been the last to halt sporting life due to the coronavirus epidemic and was the first one to restart it.