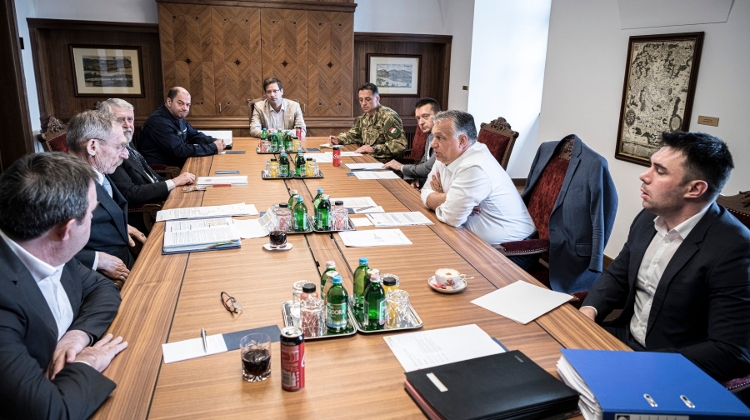 Prime Minister Viktor Orbán told public radio that the epidemic is not yet over and that experts predict a second wave in the autumn.

“We must be prepared for it.” The government will maintain readiness and the operative board will continue to carry out its work.

Also hospitals will continue to be overseen by a central command and the chief medical officer will be handed enhanced powers, he said.

Orbán insisted that Hungary’s fight against the virus had been more successful than in western Europe because key decisions such as school closures and border shutdowns had been made more promptly thanks to the government’s emergency powers.

He said it was possible, however, that infections may increase in closed spaces such as care homes and hospitals, so vigilance must be maintained.

A new unit has been set up to deal with any spike in infections anywhere in the country, he said. The unit will be deployed to any hotspots to prevent the infection spreading.

Orbán dismissed the charge made by the opposition that he ran a dictatorship.

Commenting on the European Commission’s draft seven-year EU budget and the 750 billion euro recovery fund, the prime minister noted that the latter would be a jointly guaranteed loan and therefore a kind of “European bond”.

Given its 30-year horizon, debt “will be hanging above the heads of our grandchildren”, he said, adding that it was conceivable that any single country may not be able to make their repayments, increasing the burden on the rest.

Orbán said he would not reject the plan out of hand, but the loan should be studied calmly before deciding on whether to “embark on such a journey”.

The prime minister said the proposed solution for the distribution of EU funds was “absurd”. “It hands greater resources to the rich than to the poor,” he insisted.

On the subject of the Hungarian economy, Orbán said if government measures for rebooting the economy worked, “not only will we emerge from 2020 in good shape but we’ll have a fantastic 2021, too”.

Addressing the 10th anniversary of the inauguration of his second government, Orbán said the 1990 regime change had failed to reinvent the country. “We took down the communists and forced out the Soviets, and Hungarians took the future of the country into their own hands,” he said.

“But the fight between the old regime and those who represented the new world was not over with the inauguration of the first anti-communist government led by József Antall. Instead, our opponents went on a massive offensive.

The left wing reorganised itself and thus began a long fight: for 20 years it was either the future or the past that managed to win.”

Orbán said his landslide election win in 2010, however, had reassured him “that this fight must end and the future has to win”.

The prime minister also noted the financial crisis Hungary was facing in 2010, saying he did not want to manage the crisis the way the Socialists had, “by throwing all of the burdens onto families, taking away a month’s pension and wages, raising taxes, scrapping the family support system and pushing millions of families into debt bondage”.

He said it was György Matolcsy, the current governor of the central bank and the economy minister at the time, who had suggested “an alternative path of economics” to the one pursued by the liberals.

Orbán said his governance had a “higher goal” of letting all Hungarians feel “that we belong together, we’re one nation, a great nation”.

“Overall, we’re heading in the direction we wanted to go,” he said. “I think all Hungarians feel more comfortable in their skin,” Orbán said, adding that Hungary today was likely to be Europe’s only labour-based society.