Interviews: How Expats Coped With The Covid-19 Shutdown In Hungary - Part 1 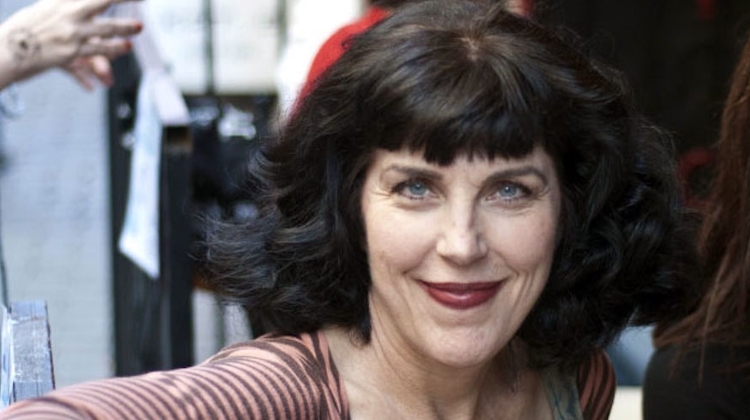 By Alexandra Ivanoff for XpatLoop. March 16th 2020: None of us will ever forget it. Hungary’s theatres, mozis, bars, schools, churches, and restaurants, all closed their doors that day. Everyone marooned themselves at home, with no idea how long self-isolation from the approaching Covid-19 would last.

Most of the expats living here suddenly faced an emergency choice: do we stay in Hungary or go back to our native countries? Many of my friends in the U.S. emailed me their worried question: “Are you scared, will you come home?” That gave me pause.

My “home” is here. I’m an American, but Budapest has been my home since 2015, so the emails I wrote back attempted to explain this. Moreover, to fly back to the U.S., especially in the midst of a world-wide pandemic, is the last thing I would do.

Our lockdown in Budapest challenged everything about the way we had previously led our lives. Without any schedule, many people plunged into a confused stasis, while others felt liberated from the daily grind.

The internet was our saving grace: that pipeline to friends and family all over the world preserved our sanity. Global Zoom webinars and the YouTube universe became our sources of connection to anything and everything. It seems that a lot of us got friendly with their kitchens by cooking and baking with a new-found fervor: pizza and banana bread, as witnessed continually on Facebook, were the easy winners.

Personally speaking, my apartment played another role in my life: more than just a shelter, it slowly morphed into my personal palace, making it serve my 24-hour needs rather than just a place to crash after a long day somewhere else. But the most important opportunity I saw was that of ‘adopting’ myself as my new compatible roommate to cohabit my palace during the long days with no other live companionship. In terms of lifestyle, I’m still devastated by the loss of live music and theatre performances in Budapest.

Curious to see how other international expats fared, I asked a few of them to explain why they chose to stay here during the covid shutdown. And how they felt during that long stretch of time: was it torture, or a welcome break from the daily grind? Were they alone, or were they thrust into a crowded family-like milieu that challenged the rules of behaviour, personal space, and who gets the shower first? Everyone’s story is different. 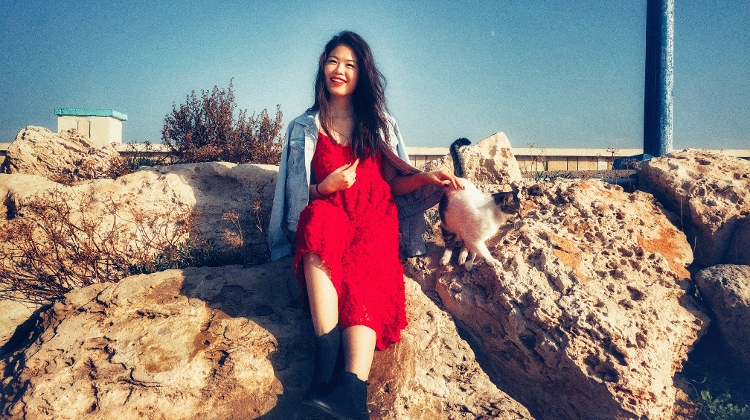 My husband and I decided to not leave Budapest during the covid-19 shutdown, because we both have been working here for two years. It would not have been easy for us to work from our Chinese home, due to the huge time difference. Moreover, most of the flights from Budapest to China were canceled, which leads to the air tickets being extremely expensive.

We spent most of our time doing our work. We tried our best to stay at home and not go anywhere. In order to make our isolation time less boring, we bought a Nintendo switch and played several good video games.

Because we could not go to restaurants and cafes, we improved our cooking skills. I had time to read books and do exercises. I feel pure luck that I didn’t feel much loneliness during this time because of the company of my husband.

What did I learn about myself during isolation? Well, I think I really need to improve my taste in music -- to widen the stylistic spectrum.

My “guilty pleasure” is that I can get up late till the last minute before I get to work! 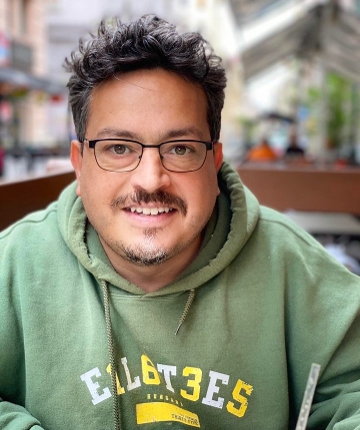 I have this deep conviction that Europe is the safest place to stay on the planet, despite what happened in Italy. I strongly suspected that the Europeans would take the most data-driven and science-mandated approach. I’m feeling vindicated in that idea because when I look at how the wearing of masks has been politicized - for example, in the U.S. - or how in my own country, Mexico, (its draconian law that you can’t get any alcohol, etc.), is just taking the whole thing to an extreme. I felt in Europe those kinds of things wouldn’t happen. It seems like they didn’t and it seems like it’s paid off.

Here, I had two roommates, and the three of us were cooking like gods. We had fun conversations and good friendship. I think the lockdown has given us an insight about how unessential many of our daily concerns are.

During quarantine, I spent a lot less money, I stressed a lot less, I slept a lot more, I indulged myself in reading and viewing YouTube. So, it seems like we could all collectively afford higher degrees of relaxation with no particularly catastrophic effects on our lives.

But, the pace seemed actually too relaxed — and perhaps that was the real stressor. In my research I discovered that this is what happens: your contact with other human beings affects your neurotransmitter called oxytocin. In other words, our perception of time is slowed down by our lack of contact with humans because we produce less oxytocin.

Conversely, if you are having a wonderful conversation with somebody, time just seems to fly! The quarantine forced us to have very little face-to-face conversation, so it felt like all of a sudden, time played very strange tricks on us.

It was also interesting how different countries responded. Israel’s population followed government orders immediately. A country in Africa blocked YouTube and didn’t offer VPNs for my students to be able to do an assignment, and this was also the case in China. I was keeping a close eye on the U.S.

What they do would affect what the WHO did, which would affect the rest of the world’s response. It was appalling to see how quickly things in the U.S. were politicized, distorted, and misconstrued.

The state of New York, under Governor Cuomo, had a quick, rational, and highly principled response. But in other states, where people were refusing to wear masks, I thought, ok this is not going to turn out well. And indeed, four weeks later, in those parts of the country, we saw not only the second wave, but the unflattened first wave going geometric — rising very rapidly.

The dichotomy between the scientists and the administration: well, they were just not talking the same language. For me that was a third-world kind of reaction — more like what I would have expected in my own country, Mexico (where my family is), and where the minister of health and the president copied the U.S.’s example. Now, Mexico and the southern states of the US have extremely similar infection dynamics, including an impact on the economy.

I think the Hungarians did a good job, were generally disciplined, kind, and helpful. There were days in Budapest when it was a bit scary and desolate. People were very prompt to put their masks on, and at the same time not overly self-righteous about coming down on those few people who chose not to wear them. I feel very proud of my adoptive country. It seems like they did everything in a speedy and very principled yet human way, without going overboard. 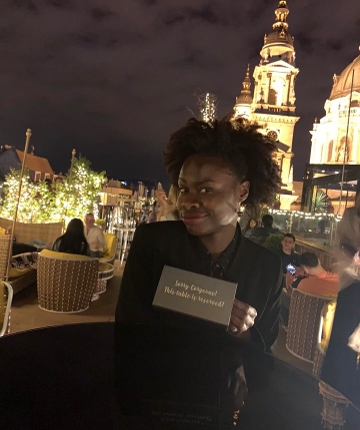 In Portugal, the situation was very bad, with services and companies closing earlier than in Hungary, and the country reached the state of emergency before we did here. I was here for only two months when the lockdown started, and I was hopeful it wouldn't take many weeks until the situation would get better. My family was the first to advise me to stay, and since I had met friends from work, and I already knew people in Hungary (from a previous experience two years ago, when I lived in Székesfehérvár). I didn't feel completely alone here, so I chose to remain in the country.

During those months, I worked, practised yoga, read, and watched series and movies. The fact that I had a work schedule gave me a routine to get through the lockdown. I was not living alone, so having flatmates and friends also helped. Although the period was hard for everyone, I learned to be more patient and accept in a better way the things I couldn't control.

I didn't experience loneliness more than the normal, since I talked everyday with my family and friends. Something that I should mention is having constant calls with a friend from Portugal, who was tele-working as well. We had small breaks from work at the same time, so we used to catch up daily for half an hour, laughing and sharing news with each other.

For sure, binge-watching series and music documentaries. I have to say that watching "Masters of none" and "Insecure" really helped me be more positive, happy and deal with the fact that I couldn't go out as often as before.

I also enjoyed ordering and trying new food at home; so definitely, without food or those two series I wouldn't have been able to bear this period. Having a community of friends/expats in Hungary also helped me feel secure.