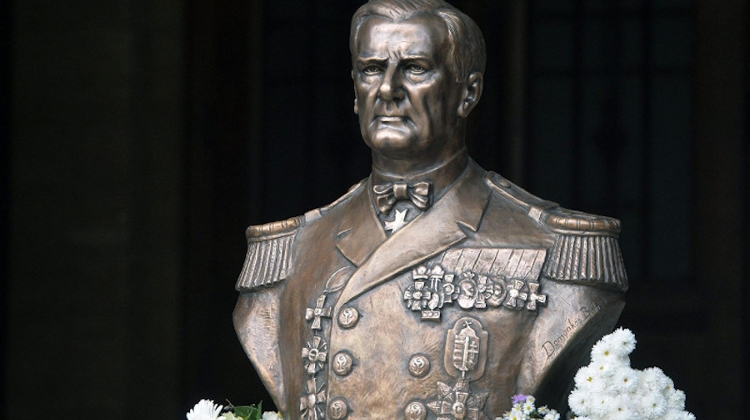 In the wake of the movement to topple statues in the United States and in Western Europe, a woman poured red paint on the bust of the interwar Regent. A Conservative analyst warns against arbitrary gestures towards history.

Admiral Horthy’s bust was erected in 2013 amid fierce controversy within the precinct of a church whose Calvinist priest is known for his sympathy with radical right-wing groups.

In Mandiner, Attila Demkó describes the woman who poured red paint on the bust from the sidewalk across the iron fence of the church as a victim of the false belief that the only acceptable historical narrative can be found on the Left.

He takes up Horthy’s defence against the charge that the admiral was an enthusiastic friend of Hitler but admits that a debate on his responsibility is a must.

However, he adds, moral stigmatisation doesn’t replace serious debate. In a side comment, he also dissociates himself from the (right-wing) attempts to stigmatise Count Mihály Károlyi, who briefly served as Prime Minister and then president of the Republic at the end of World War I.