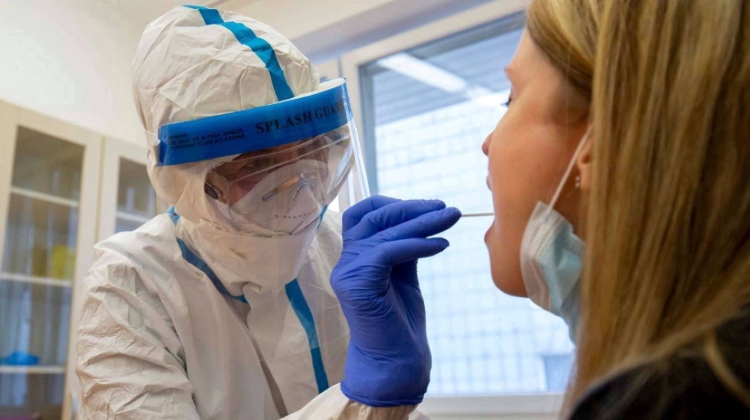 Travellers arriving in Hungary from countries classified as yellow or red in terms of the severity of the coronavirus risk must pay for their PCR tests unless they stay in home quarantine for two weeks, the chief medical officer has said.

Foreign nationals are not allowed to enter Hungary from red countries, only from yellow and green countries, Cecília Müller said.

In line with current regulations, inbound travellers from yellow and red countries must stay in home quarantine for two weeks, she said.

A choice to get tested can be made and quarantine is not required once two consecutive negative results are produced, she added.

Travellers must go through health checks at the border, and they are given a red sign stating their home quarantine requirement which they must place on the entrance of their home, she said.

Those who wish to get exemption from home quarantine must submit a request to their local government office at a cost of 3,000 forints (EUR 8.5) and they will be given a notice stating that they can leave the quarantine to visit their chosen screening station, Müller said.

People who arrive from yellow countries are allowed to leave home quarantine after the first negative PCR test but they are still obliged to get a second test done, she said.

Those arriving from red countries must stay in home quarantine until the second negative PCR test result is available, she added.

Travellers who can present at the border two negative PCR test results from tests conducted not more than five days before entry, with a minimum of 48 hours between the two tests, are exempt from the quarantine requirement, she added.

Meanwhile, speaking at a separate press event, Müller highlighted the importance of preventing the emergence of coronavirus clusters across the country.

The chief medical officer illustrated the process of contact tracing through the example of a smaller cluster in Mezőkövesd, in north-eastern Hungary.

Health authorities and police tracked down 334 people across 29 cities and towns in three counties linked to Covid-19 cases identified in Mezőkövesd. A total of 43 of them tested positive but only 16 displayed symptoms of Covid-19 and five people had to be hospitalised.

Of the 334 people, 260 have already been released from official home quarantine, she said. The last positive case was detected on July 23, so it can be said that the Mezőkövesd outbreak has been thwarted, Müller said.

Thanks to the way Hungary managed the first wave of the epidemic, the number of coronavirus cases in the country has been kept “relatively low”, she said. But the virus is still present, Muller warned, adding that responsible behaviour by the public could help prevent the emergence of virus clusters.