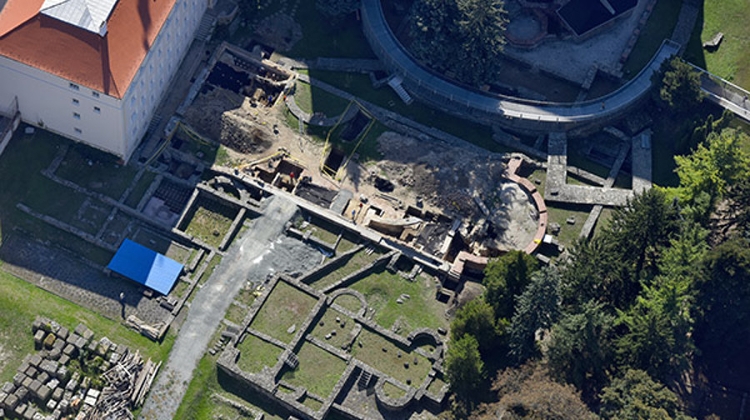 The largest floor mosaic of the former province of Pannonia can be enjoyed here in Hungary.

Plus remains of buildings dating from the 1st to the 4th century bear witness to the importance of the former settlement of Savaria, the predecessor of Szombathely.

One of the most significant towns of the province of Pannonia - the area of the present Hungary to the west of the River Danube -  Savaria developed into a religious and economic centre.

Its central role is indicated by the size of and presence of public buildings such as the Emperor's Palace, the Mercury Temple, the public baths and the custom's house.

A splendid mosaic covered the entire floor of the 51x14 metre hall in the centre of the palace. The largest mosaic in Pannonia, it still can be seen today.

Roman roads, drainage systems, 3rd-4th-century craftsmen's workshops (bronze workers, pottery) and the city walls came to light during the course of the excavations.

There is a separate exhibition of smaller findings such as scales, custom's stamps, terracotta statues, lamps, and bronze objects.

Roman building techniques are detailed here too. Items discovered in the 9th century, early Romanesque castle built upon the Roman structures are displayed in a special exhibition.

The excavations of Savaria were started in the 1930's under the leadership of István Járdányi Paulovics. The garden of ruins is named after him.

Note: There is access for the disabled to the museum.

Naturally, there is far more to see and do in Szombathely, including roman remains at the Savaria Museum - see video below.

By bus, coaches depart from Budapest, Veszprém, and Sopron.