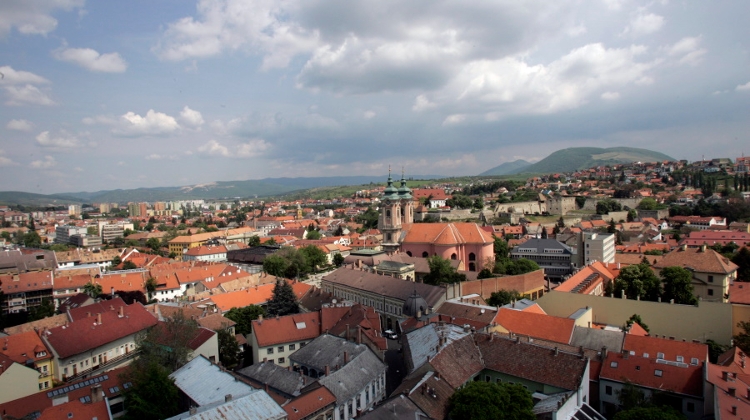 Like a Baroque jewellery box, the towns of Eger and Miskolc, embraced by the scenic Bükk mountains, are home to a number of unique treasures, natural and man-made, above and below ground alike.

Celebrated as one of the most beautiful European towns, Eger is only an hour and a half’s drive from Budapest.

You can roam the peaceful narrow streets in the heart of this Baroque town, listen to an organ concert in its Basilica (the second largest church in Hungary), and discover the wonders of the imposing Archbishop’s Palace located here.

Make sure to “invade” the Eger Castle, the fortress where the Hungarian defenders broke the Turkish siege in 1552, their heroism forever ensuring them a place in our history books.

You can also climb the Eger Minaret for a truly breathtaking view from the top, this monument is the northernmost legacy of the Ottoman Empire.

Thanks to its sub-alpine climate, the Mátra area is pleasant the whole year round.

While you’re in this region of North Hungary, make sure you take a dip in the genuine local Turkish baths, or even in pools located in natural caverns.

The region is also well-known for its historic wine cellars, where you can treat yourself to some excellent Hungarian wines.

The folk art of the Matyó community was added to UNESCO’s Representative List of the Intangible Cultural Heritage of Humanity, and you can find it in the Hadas district of Mezőkövesd, a town near Eger.

The place is an organic open-air museum, enticing visitors with its 100-150-year-old houses, which serve as museum houses and artistic workshops.

Here you can see 7 million-year-old petrified swamp cypresses in the Pannon Sea Museum, as well as the 16-metre (52 ft) iconostasis of the local Greek Orthodox church, the largest in Central Europe.

Visitors can get a hands-on experience of how life in the Middle Ages had been like in the Castle of Diósgyőr located nearby, also known as the Queens’ Castle.

You can take the narrow-gauge forest train from Diósgyőr to the Bükk mountains and their famed health resort, Lillafüred, home of the Anna travertine (freshwater limestone) cave: one of only six such caves known in the entire world.

You can take a ride on the Lillafüred chairlift, and in Miskolc, you can explore the St. Stephen stalactite cave, famed for its beautiful dripstone structures.

The Miskolctapolca Cave Bath is unique in all of Europe

Its more than several hundred-thousand-year-old natural cave passages hide karst baths, their naturally warm water coming from the very heart of the mountain itself.

At the Demjén Cascade Cave Baths, the experience is made even more exciting by giant waterslides built into the mountain.

The terraced limestone structure (the so-called “salt hill”) of the Saliris Resort in Egerszalók is also extremely unique, with only two other similar structures known in the entire world.