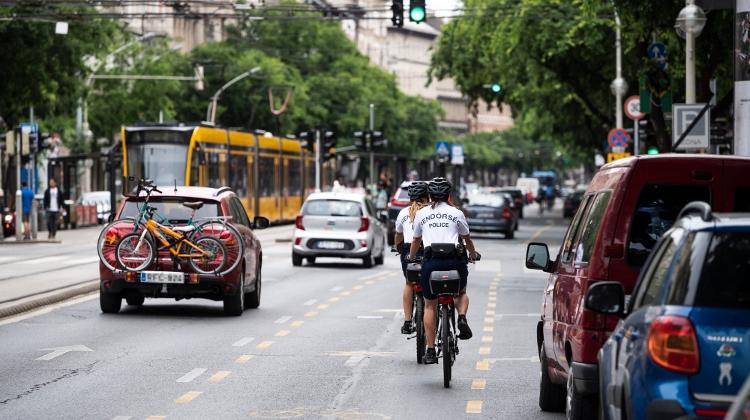 Budapest mayor Gergely Karácsony announced changes to traffic rules on the Nagykörút at a press conference on Monday.

Four-lane traffic will be reinstated on the Nagykörút between the Petőfi Bridge and Dohány utca, while the parking lane will be converted to a bicycle lane.

Two-lane car traffic – a single lane in each direction – remains in effect from Blaha Lujza tér to Nyugati tér, alongside bicycle lanes.

Karácsony said city hall agrees with the position of 22 NGOs who argued that the Nagykörút should become Budapest’s main street.

He said cyclists can continue to cycle in safety under the new rules, while car drivers will get almost all of the Nagykörút back, and local residents will enjoy a better environment.

Bicycle lanes were created on the thoroughfare at the end of April as one of a series of pro-cyclist measures linked to the epidemiological situation.

The lanes, described as temporary, were first created between Üllői út and Váci út, then on Ferenc körút from July.

Work on a complex plan on the future of the Nagykörút will start in the autumn, Karácsony said.