Defence Minister Receives Kingdom Of The Netherlands’ Ambassador To Budapest 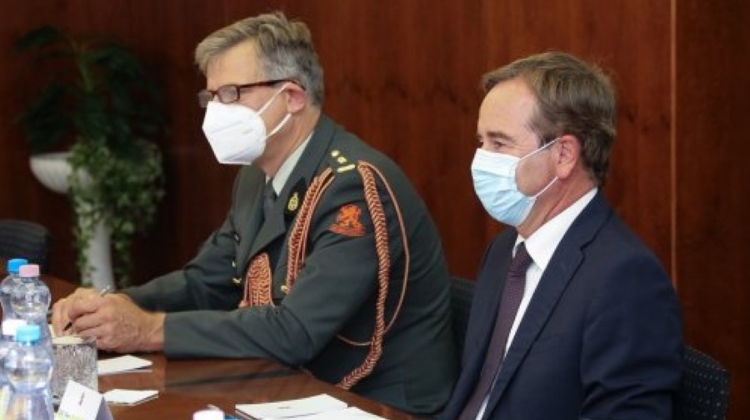 Hungary’s Minister of Defence Dr. Tibor Benkő received Ambassador to Budapest of the Kingdom of the Netherlands René van Hell in his office on Monday 14 September in Budapest.

At the meeting, the Minister said: “Despite the fact that the positions of the two countries often differ with relation to various issues on the European and international agenda, the Netherlands is an important country to Hungary with which the Ministry of Defence is also striving to maintain dialogue in view of our relations within various multilateral frameworks”.

The Dutch Ambassador highlighted the fact that within the field of defence cooperation we must concentrate on elements with relation to which our interests coincide as NATO allies and European states.

The Minister of Defence agreed that reinforcing cooperation within NATO and EU frameworks, and increasing the security of the European people, are in the mutual interests of both countries.

“In this context, Hungary is committed to further reinforcing its relations with the Netherlands, and cooperation between our air and land forces also plays a priority role in relations between the two countries”, he stated.

With relation to broader defence policy, Mr. Benkő also emphasised that the Western Balkans are a primary priority for Hungary, followed by undertaking roles in Iraq and in the Middle East in general.

With relation to Africa, he said the Hungarian government’s intent is to handle the root causes of illegal migration, and to “provide assistance in places where the problems originate”.

“We wish to achieve this in a complex manner within the framework of international cooperation, not just with the use of military instruments”, he stated.

The Minister of Defence also highlighted that, in addition to active participation, Hungary regards reinforcing national policy and family policy as the main instrument for handling the problems caused by illegal migration.


Source and Photo courtesy of Ministry of Defence / MTI