Hungarian Opinion: PM Orbán Traces His Path To The 2022 Elections 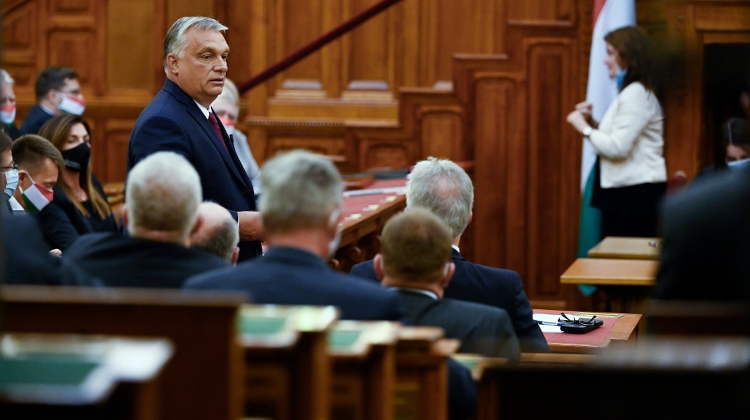 In a long essay in the leading pro-government daily, PM Viktor Orbán suggests that the next elections will be decisive for Hungary’s independence. His foes, he suggests, stand for submission to international liberalism.

In an essay on two full Magyar Nemzet pages, Mr Orbán suggests that while Christian Democracy allied itself with Liberalism in the 20th Century confrontation with Nazism and Communism, the basic values of the two political ideologies are antithetical to each other.

Christian Democrats should protect traditional communities, like the nation and the family, he explains, while liberals set out to dismantle both. He expresses support for President Trump of the United States because he put an end to the policy of exporting the liberal model throughout the world.

Europe’s future, he believes, will be decided in Italy, now that Brexit has deprived sovereignists within the European Union of their strongest bulwark.

Moving forward, he sees a stalemate within the EU between eastern and western Europe and argues for compromises in order to preserve the unity of the Union. He hopes the government will be successful in tackling the Covid-19 pandemic and relaunching the economy before 2022.

However, Mr Orbán warns his followers, the elections that year will be a tough battle between conservatives and a united Left backed by the ‘international media’, ‘Brussels bureaucrats’ and the ‘Soros network of NGOs’.