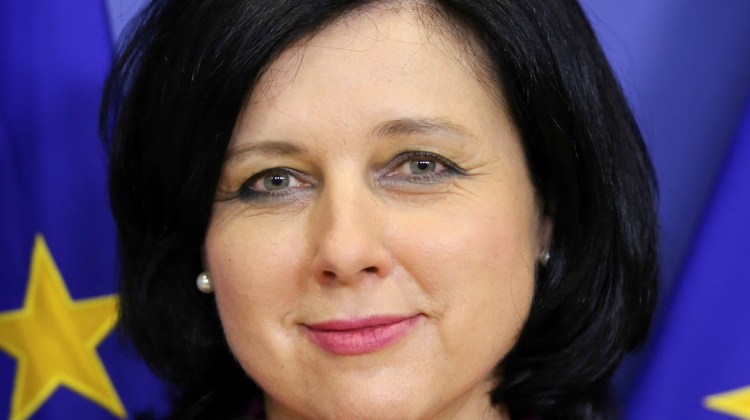 Prime Minister Viktor Orbán, in a letter to the president of the European Commission, called for the resignation of EC vice-president Věra Jourová for making comments that "are offensive to Hungary and the Hungarian people".

In his letter to Ursula von der Leyen, Orbán said that unless Jourová quits her post, Hungary would “suspend political relations” with her, Bertalan Havasi, the prime minister’s press chief, told MTI.

“Ever since joining the European Union in 2004, Hungary has been a committed member; we have always tried to reach an agreement when there is a dispute, and most often we’ve succeeded. We value the work of the president [Ursula von der Leyen] as head of the commission.”

“Not only are these statements an attack on the democratically elected Hungarian government … they are offensive to Hungary and the Hungarian people, too,” he wrote. Jourová’s statements fall foul of the commission’s role declared in the Lisbon Treaty to be neutral and objective, Orbán said.

“Those who breach the Treaty are incapable of acting as a protector of the rule of law and European values.

Speaking to Hungarian reporters in Brussels, ruling Fidesz MEP Tamás Deutsch said that European Commission Vice-President Věra Jourová had launched an “unexplainable and unacceptable attack against Hungary” and she must leave her post.

Lacking objective and impartial operation, she has become unsuitable for working as a member of the EC and fulfil her tasks, he added. Hungary most resolutely rejects any commissioner harshly attacking an EU member state, Deutsch said.

In response to a question, Deputy Chief Spokesperson of the EC Dana Spinant told a regular press conference that “President von der Leyen works closely with Vice President Jourová on the rule of law, and the vice president has the president’s full trust.”

“We have seen the letter from Prime Minister Orbán and, of course, we will reply to it,” Spinant said.

Anna Donáth, an MEP of opposition Momentum, told The Parliament Magazine’s website that it “makes no sense” for the Hungarian government to mount a “crusade” against Jourova. “The issue here is Orbán,” she said.

Socialist MEP István Ujhelyi said in a video message that the Hungarian government was using its call for the EC vice-president’s resignation to divert attention from matters like the German EU presidency’s upcoming proposal regarding respect for the rule of law.

The EU’s approval of that proposal would mean that it will “no longer sit idly by” as the government continues to “water down” Hungary’s democracy, he said.