PM Orbán: Let Us Observe Rules In The Interest Of The Elderly & The Sick 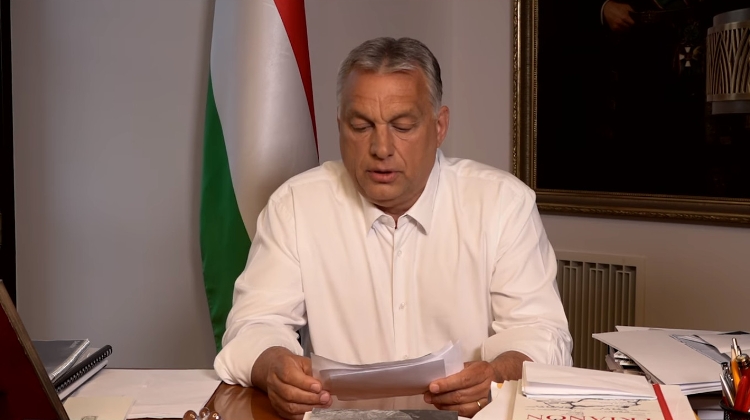 We have a battle plan about how to protect the elderly, whilst maintaining the country’s viability, Prime Minister Viktor Orbán said in a video message posted on his Facebook page in which he rendered an account of the decisions adopted at the cabinet meeting.

Mr Orbán said the government decided, among others, about the closing of clubs and bars at 11.00 p.m. and the fixing of the official price of coronavirus tests, and so no one will be allowed to charge more than HUF 19,500 for a test on any grounds.

After the cabinet meeting where they reviewed the epidemic situation the Prime Minister said the cabinet also decided to maintain the current travel and entry restrictions as the coronavirus was reintroduced into the country from abroad.

They will make compulsory the wearing of face masks not only on public transport and in shops, but also in cinemas, theatres, health care and social institutions, and customer service offices. They are further maintaining a comprehensive visiting ban in hospitals and elderly care homes.

He also mentioned that from 1 October students and teachers will only be allowed to enter school premises after the checking of their body temperatures, and at the same time no other persons will be allowed on the premises.

Mr Orbán said “we won the battle against the first wave, we are now facing the second wave, but this time we are better prepared and have more experience, and additionally we are also armed with a national consultation”.

Disease control experts take the view, he continued, that the second wave will peak sometime in December-January, and we will have to maintain our containment efforts continuously until then.

“We have a battle plan which is about how to protect the elderly, how to cure the sick, and meanwhile, at the same time, all at once, how to maintain the country’s viability,” he explained.

The Prime Minister stressed that they had thoroughly prepared health care; the equipment necessary for the containment of the virus, hospital beds, ventilators and the physicians and nurses necessary for their operation are available in sufficient numbers.

In fact, should the need arise, they are able to increase the more than ten thousand beds currently available to two or three times that number, while based on a deployment plan, they are able to send physicians and nurses to places where their services are required, he added.

Everyone can rest assured, he said, because if they contract the virus they will be cured.

Mr Orbán asked everyone to observe the rules not only in their own interest, but especially in the interest of the elderly and the sick.

At the same time, he instructed the police through Interior Minister Sándor Pintér to strictly check compliance and enforce the rules, and if necessary to penalise those who fail to observe them, he stated.

“We have already succeeded once before, we will succeed also a second time. Let’s take care of each other,” the Prime Minister said concluding his video statement.