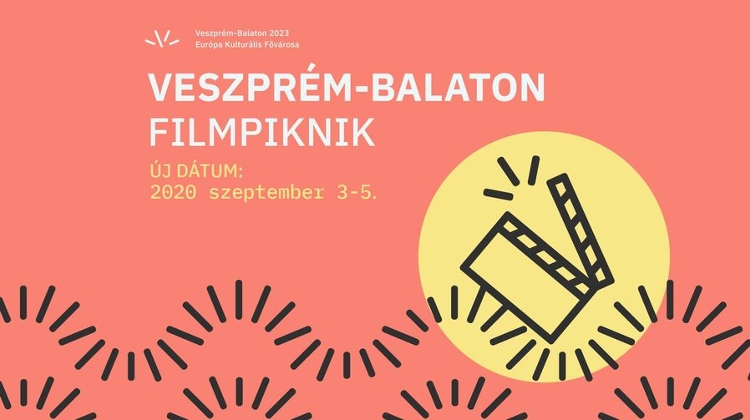 The first Veszprém-Balaton Filmpiknik offers an exciting environment with cozy outdoor and urban venues so that Hungarian films and audiences can get a taste of the movie-going experience again after months of pandemic-forced abstinence.

Fascinating waterfront and city locations will host the Filmpiknik, such as the Hangvilla cultural center, the Expresszó underground bar and the Castle in Veszprém, and the fully renovated Balaton Cinema and the Tagore promenade in Balatonfüred.

Film lovers can watch last year's best films and great classics as well for free. The program of Veszprém-Balaton Filmpiknik will be enriched by many Q&As with the films’ directors, producers and actors, film industry programs and concerts.

Eight features, two documentaries and a bunch of short films will be screened with English subtitles. Summer is not over yet; Lake Balaton and Hungarian films are waiting for you.

In the opening film of the Filmpiknik, Valan by Béla Bagota, Péter has to return to the Transylvanian mining town after receiving a phone call that the body of his sister might have been found. His personal investigation in Valan takes him back to the labyrinth of the past where he must face his own demons.

On the Quiet (Szép csendben), directed by Zoltán Nagy, is also a dark drama that takes place in a conservatory’s orchestra, where we suspect that a 14-year-old girl’s suspiciously close relationship with their 60-year-old conductor is more than what it seems.

In FOMO, directed by Attila Hartung, Gergő and his teenage friends are into three things: partying, sex, and their online following. One night, at a party, Lilla falls victim to the boys. A dare gets out of hand and the youngsters' world changes forever overnight.

György Mór Kárpáti’s Guerilla is also about young people dating back to 1849. It is a minimalistic and excellently filmed moral drama about killing or being killed.

Finally, Márk Bodzsár’s Comrade Drakulich – set in the 70’s - is a hilarious black comedy warning us that vampires are among us! But no need to worry: the Hungarian Secret Police are after them, and beyond the usual spy gadgets, they even use garlic to repel the beasts.

A compilation of four short films and the award-winning documentary, The Euphoria of Being (A létezés eufóriája) will also be screened. Éva Fahidi was 20 years old when she returned from Auschwitz. Now, aged 90, Éva is asked to participate in a dance-theatre performance about her life with young, internationally acclaimed dancer, Emese.

Adam Breier’s documentary, The Homecoming of the Baron can also be watched with English subtitles. It is a portrait of László Krasznahorkai - the 'contemporary Hungarian master of apocalypse' as Susan Sontag described him – who is always looking for new ways to tell a story.

Three great classics can also be watched with English subtitles. It's Rain and Shine Together (Veri az ördög a feleségét) is a satire by Ferenc András made in 1977. The story – which takes place at Lake Balaton – depicts late-Kádár socialism wrapped up in the ‘big blowout’ motif.

The Age of Daydreaming (Álmodozások kora), István Szabó’s debut film from 1964, is a story inspired by personal experience that captures his own generation’s dreams, desires and search for a way forward.

Finally Géza Bereményi’s first film as a director from 1985, The Disciples (Tanítványok) is based on actual historical events set in the 1930s and 1940s as seen from the perspective of a young man (Károly Eperjes) eager to learn who has moved from a rural farm to the capital.