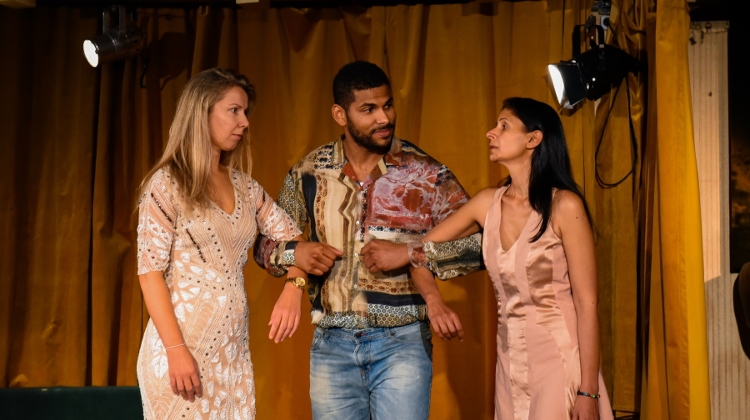 "This play is about the painfully awkward first love, the confusion of love and lust, the invisible line between friendship and romantic relationship, the pressure of adapting to societal norms to ‘fit in".

"Callie is an unhappy traffic reporter on a New York tv channel. Sara is a highly dedicated teacher in an under-privileged neighbourhood in the Bronx. What could they possible have in common?

Well nothing it seems at first- Callie has grudgingly agreed as a friend of a friend to look after Sara’s grumpy cat Caesar .

They seem to irritate one another when they first meet. Callie’s got her friend-with-benefits George, whom she assumes she’ll marry once they both stop trying to find someone better, and Sara has just left behind (in St. Louis) her boyfriend of seven years, Peter, in her quest to find a bigger, harder, more worthwhile life.

The two women gradually become best friends, deliciously tormented by their quiet hints that they both want a more physical relationship. But no sooner do they stick a tentative foot out of the closet than they’re pushed out in the worst possible way."