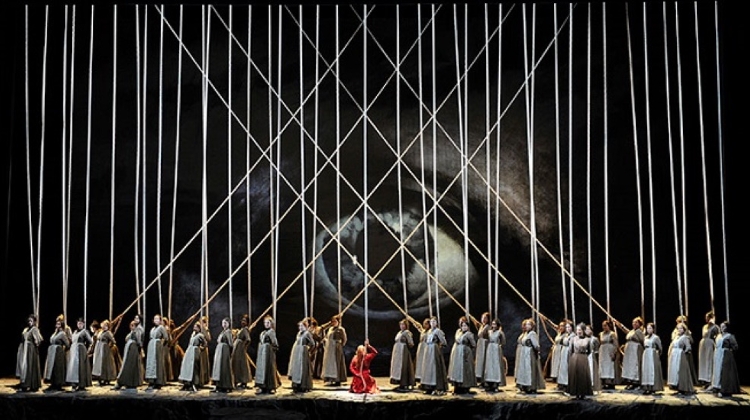 Due to the new state of emergency situation, before attending any events, it is best to check with the venue / organisers since lots of events are being cancelled or postponed.

François Girard, whose mystical, blood-drenched vision for Wagner’s Parsifalbecame one of the Met’s most intensely visceral highlights in recent seasons, turns to another Wagnerian masterpiece, Der Fliegende Holländer, conducted by Valery Gergiev.

For the first time at the Met, Evgeny Nikitin sings the role of the mysterious Dutchman, condemned to roam the seas for eternity, with Anja Kampeas the devoted Senta, whose love can set him free.

In a nod to Senta’s obsession with a portrait of the legendary title seafarer, the Met stage is transformed into a colossal oil painting. Franz-Josef Seligportrays Senta’s father Daland, Sergey Skorokhodovtakes on the role of the huntsman Erik, David Portillosings the Steersman, and Mihoko Fujimurais Senta’s nurse Mary.