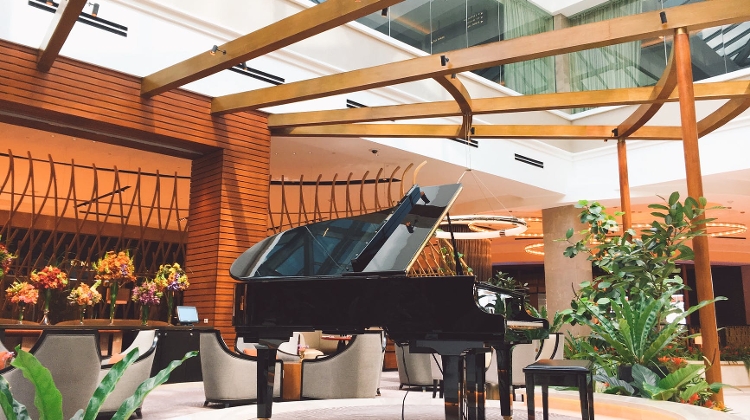 Six years ago, the first Piano Day was declared to celebrate the virtues of the keyboard instrument. Four years ago, with the event gaining popularity around the world, Hungary also joined in.

This piano festival takes place on the 88th day of each year - the number of keys on the keyboard (although in leap years like 2020 it takes place on the 89th day). This will be Müpa Budapest's second time hosting the events held in the Hungarian capital.

At this year's concerts being presented from early afternoon to late evening in various spaces around the building, the sound of the piano will be supplemented by the music of the human voice and other instruments.

In addition, all of the performances of the compositions in the programme will be Hungarian premières, and all of the international guest artists will be making their Hungarian débuts.

The concerts making up Budapest's celebration of Piano Day 2020, which was established at the initiative of Nils Frahm, one of the contemporary fixed stars of meditative electroacoustic music based on classical and minimalist foundations, and the artists performing them, will all be firsts in one sense or another, and most of the events will feature duos.

The Hungarian performers opening the programme will be coordinating their openness in an improvised fashion: the pianist vaghy already associates the vibrations produced by the 88 keys of the piano with electronic music.

Adding to this will be the cellist Endre Kertész, a musician familiar from a number of line-ups. Representing Sweden will be Jakob Lindhagen and Vargkvint: when they join forces, these two artists from different career paths - the former is also known for his film music, while the latter's album from last year was inspired by the ocean - prove to be inventive instrumentalists, even introducing a singing saw into their music.

What makes the piano/ambient/electronic chamber pop of Tom Adams memorable is his falsetto voice, while the German piano/cello duo CEEYS stand out with productions embellished with vintage socialist-era instruments from the two brothers' youths in East Germany.

The closing concert will be performed by Italy's Luca D'Alberto, who can only rarely be tempted to stray from his homeland. With two guest artists joining him, his electroacoustic programme promises to be a grand and complex experience.