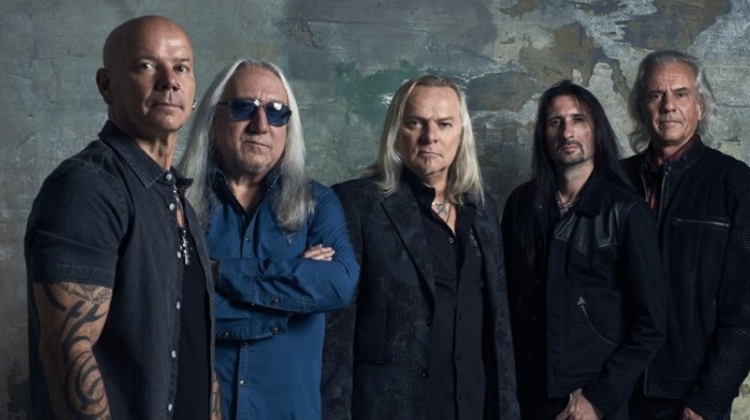 Among venerable UK rock institutions, with Black Sabbath and Jethro Tull dispersing, we are, perhaps, really, down to just Deep Purple, Yes and Uriah Heep left to uphold the tradition of quality original progressive hard rock forged at the very beginning of a golden era for this music, late ‘60s into the nexus year that was 1970.

At that crossroads, along with Led Zeppelin, Black Sabbath and Deep Purple, Uriah Heep helped invent a decorative and uniquely British form of heavy metal with their debut album, Very ‘Eavy, Very ‘Umble.

The record was offered as a self-titled on American shores, but whatever the titling, it was historically massive in the invention of a music format that would rule the ‘70s and only intensify in the ‘80s.

The point of all this is that even now, 50 years after the band’s inception, the sun seems to be shining down upon Mick Box and Uriah Heep.

Fact is, Heep are one of only a small clutch of heritage acts that are doing everything a band must do to be considered vital, namely touring worldwide and regularly recording and releasing high quality, exquisitely produced full-length records that continue to capture their fan base’s imagination.

Their songs and music have stood the test of time, and with even more new songs on the horizon the mighty Heep are as strong and powerful as ever.