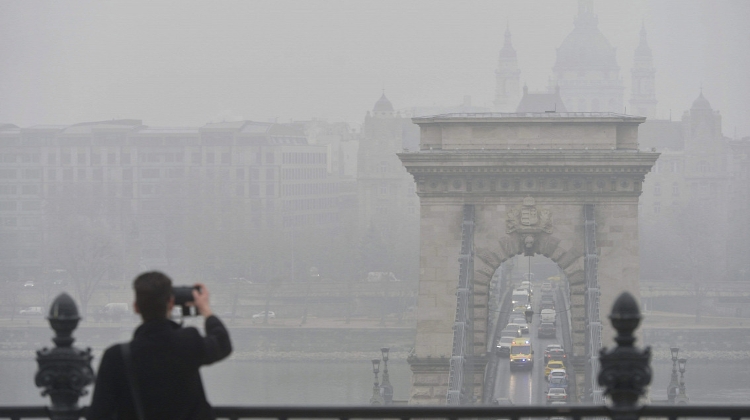 Air quality has deteriorated in north-eastern Hungary due to a high concentration of airborne particulates, the National Public Health Centre (NNK) said.

NNK declared air quality to be “dangerous” in Putnok, Sajószentpéter and Kazincbarcika. Air quality has deteriorated to unhealthy levels in Miskolc, Salgótarján and Ajka.

Concentrations of particulates are also considered to be too high in other cities and towns nationwide, including Budapest, Esztergom, Székesfehérvár, Pécs, Tatabánya, Vác, Várpalota and other towns, NNK said.

Vulnerable groups such as children, people suffering from a chronic illness and the elderly are the particular targets of the warning.

Air quality is expected to improve in Budapest over the next few days, the municipality told MTI.